Macaulay Culkin Is 40 Now, Apparently On Purpose To Make Us Feel Old 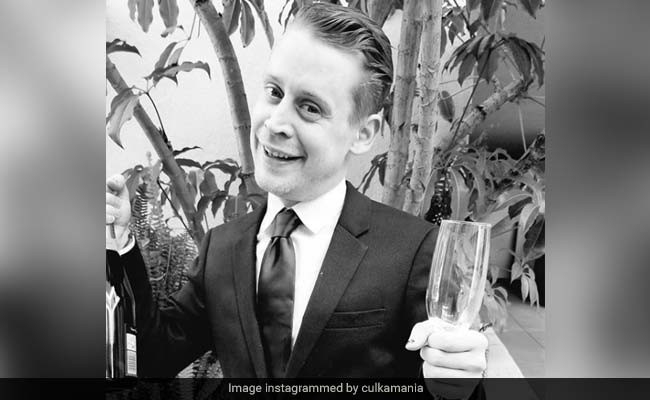 Kevin McCallister can stay home alone now because somehow, he's all grown up - 40-years-old grown up. If that makes you feel bad about your own advanced years, guess what? Kevin, who in real life is actor Macaulay Culkin, knows exactly how you feel. If you are a millennial reading this, move on - the rest of you, take a moment to reflect on mortality. In a very existential tweet posted this morning, Macaulay Culkin wrote, "Hey guys, wanna feel old? I'm 40." He twisted the knife in with these words - "You're welcome." Macaulay also added a postscript tweet only marginally less hurtful than his first - "It's my gift to the world: I make people feel old. I'm no longer a kid, that's my job."

It's my gift to the world: I make people feel old.

Where to start? Firstly, how did this happen? Has it really been 30 years since the first Home Alone film? Macaulay Culkin was 10-years-old when he starred as Kevin, enfant terrible of the McCallisters, in the original 1990 film; he reprised the role two years later in the sequel Home Alone: Lost In New York and wisely did not return for the three subsequent movies, none of which even remotely charmed as the first film had done.

It is now 2020, a year that already seems like Hollywood's dystopian disasters come to life, and Macaulay Culkin is celebrating his 40th birthday. This is how Twitter is coping (also, we spotted a 'Nursing Home Alone' joke somewhere):

Lol, Macaulay Culkin really is 40 years old. And now I realise I'm almost a quarter of a century old. Wtf is happening pic.twitter.com/T1i16NypzJ

I am just three years older than Macaulay Culkin. I really don't know how to process that! https://t.co/ik4C2TgA11

It should be illegal for Macaulay Culkin to age but since it's not, he did: he turned 40 on Wednesday.
Incidentally, my 4 year old niece just discovered Home Alone and thinks it's the shit. pic.twitter.com/i1ikMSKJf4

In the Home Alone movies, directed by Chris Columbus, Macaulay Culkin played Kevin McCallister whose family forgets him while leaving on their Christmas holiday. Kevin gets up to no good while home alone in Chicago - the iconic slapping face and screaming as he tries aftershave has been immortalised as a meme and put to good use in the comments posted above - but only until the 'Wet Bandits,' a pair of bumbling burglars played by Joe Pesci and Daniel Stern, show up. Kevin must then defend his home, which he does in epic and hilarious manner. Two years later, in the sequel, Kevin makes it to the airport before being separated from his family again and boarding a flight for the wrong destination - New York.

Macaulay Culkin had already starred in 1989 film Uncle Buck before Home Alone made him a superstar. He later appeared in films such as Richie Rich and The Good Son and, memorably, in the music video for Michael Jackson's Black Or White. For some years afterwards, Macaulay took a break from acting and went to school. He returned to acting sporadically in the 2000s, starring in the film Party Monster and appearing on the sitcom Will And Grace. He's also an author and musician.