Ludo: Rajkummar Rao Is Unrecognisable In This New Look From The Film 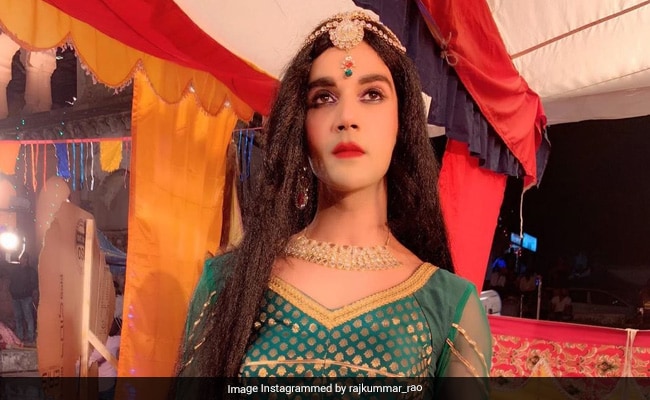 We bet you won't be able to identify Rajkummar Rao in the new look from his forthcoming film Ludo. The 35-year-old actor shared the first look from the film and It is anything but conventional. In the first look, Rajkummar Rao can be seen dressed in a green lehenga and he sports hair extensions. He can also be seen sporting dramatic makeup. The look has been trending on social media big time. In the second picture, Rajkummar Rao can be seen dressed in a retro look. The actor sports long hair and flashy clothes and he can be seen wearing flashy clothes. Sharing the look on Instagram, Rajkummar wrote: "Happy New year, guys."

Ludo, directed by Anurag Basu, is reportedly a dark comedy, which also stars Abhishek Bachchan, Fatima Sana Shaikh and Pankaj Tripathi. Speaking of the film's star cast, Anurag Basu, in an interview with news agency IANS last year, said, "I am extremely happy to have found this talented new generation cast, though I will trust my old friend Pritam for music as always. It is my pleasure to be working with Bhushan Kumar for my next that is a dark comic anthology."

On the professional front, Rajkummar Rao was last seen in the film Made In China, co-starring Mouni Roy. He also has Roohi Afza, opposite Janhvi Kapoor and Chhalaang, co-starring Nushrat Bharucha in the pipeline. The actor will also be seen in The White Tiger, an adaptation of Aravind Adiga's Man Booker Prize-winning novel of the same name.