Diana Penty said: "If the role is powerful, screen timing doesn't bother me. That becomes secondary then" 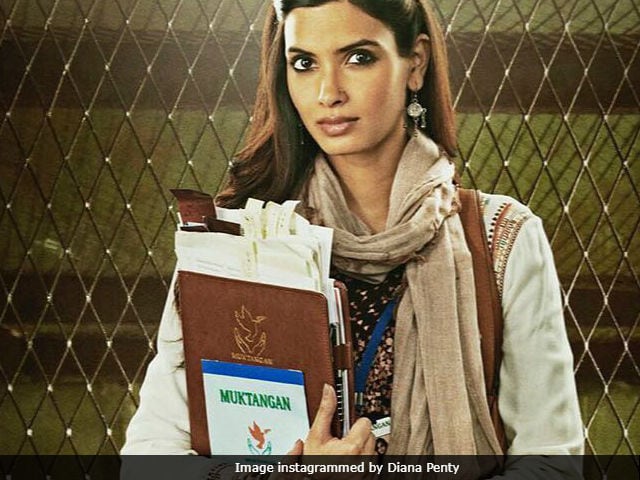 New Delhi: Diana Penty was last seen in Happy Bhag Jayegi, in which she played the protagonist while in her upcoming film Lucknow Central, the actress has a relatively smaller role. Lucknow Central is headlined by Farhan Akhtar but this doesn't bother Diana, who focuses on the impact her character has in the film rather than its screen presence. Speaking to news agency IANS, Diana said: "If the role is powerful, screen timing doesn't bother me. That becomes secondary then. I always think about the impact of the character in the film, after liking the story. For instance, in Lucknow Central, I am playing a strong headed woman in the men's world."

Of her character in the film, Diana told IANS: "My character Gayetri Kashyp works for an NGO who helps prisoners to reintegrate into society and coming back to normal life once they come out of jail. The character is interesting because she is the woman working inside the prison; which is a male dominated work space. So she is confident, strong headed and stubborn at times."

Diana Penty debuted in 2012 film Cocktail, co-starring Deepika Padukone and Saif Ali Khan and then her next film released four years later - 2016's Happy Bhag Jayegi. Diana told IANS she focused on making films with 'good stories' instead of thinking about her 'public visibility.' She said: "Whether a Cocktail, Happy Bhag Jayegi, Lucknow Central or Parmanu: The Story Of Pokhran (her next film with John Abraham), these are the stories come once in a lifetime. Why should I miss out on them? I can wait because I believe in quality work."

Before an actress, Diana was a model and she told IANS: "I think this thought of models can't act is such a cliché. Many of our top heroines like Priyanka Chopra, Anushka Sharma were models before entering Bollywood. And they are wonderful actresses. I really failed to understand why people living with the misconception of we cannot act."

Promoted
Listen to the latest songs, only on JioSaavn.com
Lucknow Central releases on September 15. The film also stars Gippy Grewal and Deepak Dobriyal.