Aayush Sharma and Warina Hussain's LoveYatri, which hit the screens this Friday, has garnered Rs 7.75 crore so far 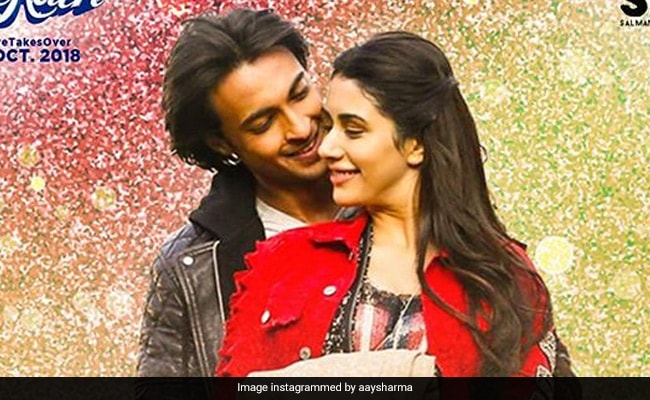 Aayush Sharma and Warina Hussain's LoveYatri, which hit the screens this Friday, has garnered Rs 7.75 crore so far, Box Office India report stated. On Day 4 (Monday), Abhiraj Minawala-directed film has raked in Rs 1 crore. Aayush Sharma's LoveYatri, which started its box office journey on a "poor" note, is expected to collect "a little over" Rs 10 crore in the first week. "LoveYatri dropped nearly 50% on Monday after a low weekend and the week looks like going to a little over Rs 10 crore (nett). The film has not worked at the box office," a Box Office India report stated. Salman Khan launched his brother-in-law Aayush Sharma opposite newcomer Warina Hussain in the film.

Aayush Sharma's LoveYatri has been panned by critics. In his review for NDTV, Saibal Chatterjee gave LoveYatri 1 star out of 5. "The debut vehicle of star aspirants Aayush Sharma and Warina Hussain as well as director Abhiraj K Minawala is a film without a story, a journey without a map. It is well known that Bollywood superstar Salman Khan has bankrolled the project to launch the career of his brother-in-law," he wrote.

LoveYatri clashed with AndhaDhun at the box office. The film starring Ayushmann Khurrana, Tabu and Radhika Apte mostly opened to positive reviews from the critics. Ayushmann Khurrana plays the role of a visually impaired musician, who finds himself in the centre of a murder mystery. Saibal Chatterjee in his review for NDTV gave Sriram Raghavan-directed film 4 stars out of 5.