Prabhas did not sign any film during the five years he worked on the Baahubali series. 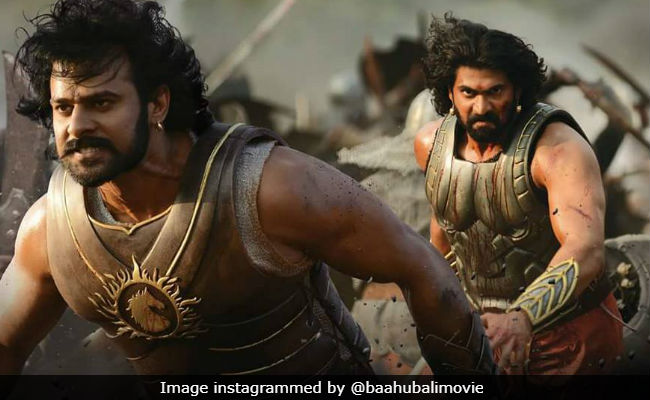 Actor Rana Daggubati, who played the antagonist of the Baahubali series, commended his co-star Prabhas' (who played the eponymous character) patience for his full-fledged dedication to the SS Rajamouli-directed series for five years. For the uninitiated, Prabhas did not sign any film during the five years he worked on the Baahubali series. Speaking on Famously Filmfare Telugu, Rana Daggubati said: "He was the biggest star during that time as well. He was doing this film after Mirchi and other big hits. Can you imagine how many films he could have done in those five years? How much could he earn during that time? He never questioned that for a second. His integrity, dedication and patience is something that I love about him.'

"The first thing I learnt from Prabhas is patience. He has an unachievable amount of patience. Prabhas was the pillar of Baahubali. And that is unquestionable. He did not question anything to the director," he added.

Between the releases of Baahubali: The Beginning (2015) and Baahubali: The Conclusion (2017), Rana Daggubati starred in three films - Rudramadevi, Bangalore Naatkal and The Ghazi Attack.

Rana Daggubati is the son of producer Suresh Babu and the grandson of filmmaker Daggubati Ramanaidu. Speaking about his childhood, Rana Daggubati said that he "literally grew up on film sets." The actor said: "I used to hang out in a house which was built for shooting films. We lived in such a house. So, we lived on the first floor and films were shot on the ground floor. I used to eat my breakfast at the set before going to school every day. So, I actually lived in a film set."