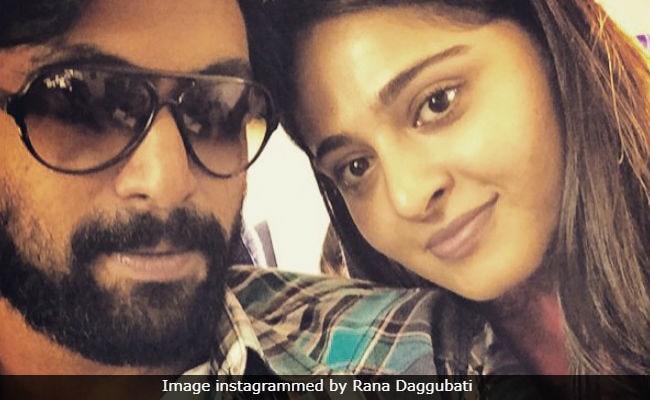 Baahubali co-stars Anushka Shetty and Rana Daggubati entered the list of trends on Monday after it was reported by several websites that the actor has signed up for a cameo in Anushka's upcoming film Silence. As per reports published in Pinkvilla, DNA and India Today, Rana Daggubati signed up for the role after Baahubali star Prabhas turned it down due to overbooked work schedule. A source has been quoted as saying that after Prabhas, the filmmakers approached the Baby actor for the role. Silence is headlined by Anushka Shetty and R Madhavan, who co-starred in 2006 film Rendu. Silence is a thriller and it has been reported that Anushka's character will remain silent throughout the film.

Apart from the Baahubali films, Rana Daggubati and Anushka Shetty co-starred in Rudhramadevi. Rana Daggubati was also among the many celebrities who made cameo appearances in Anushka's critically-acclaimed Size Zero, which released in 2015. Rana Daggubati is currently filming Haathi Mere Saathi and he has also signed up for Tamil film Madai Thiranthu and Bollywood film Housefull 4.

Meanwhile, Anushka Shetty has made films like Billa and Mirchi with Prabhas. There have been several reports of Anushka Shetty and Prabhas' rumoured relationship but both actors have denied it.

As of now, Prabhas is awaiting the release of Saaho, co-starring Sharddha Kapoor. The film will release this year in Telugu and Hindi. Anushka Shetty was last seen in Bhaagamathie and she has only Silence in the pipeline.

Silence is directed by Hemant Madhukar.