You won't even have to step out to watch these films, they are easily available on OTT platforms 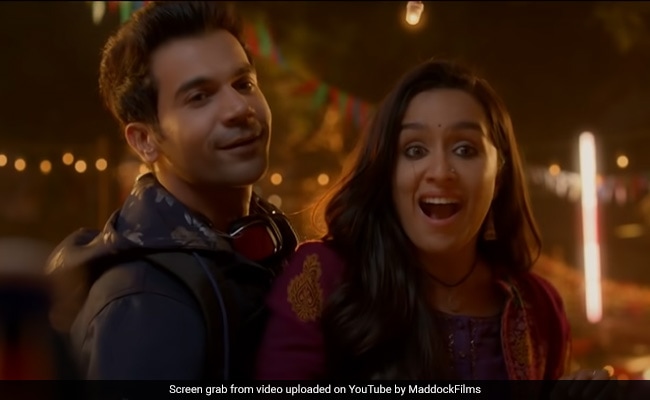 We may be past October 31 but the Halloween fever isn't over yet. Got confused? We are talking about Katrina Kaif, Ishaan Khatter and Siddhant Chaturvedi, who continue to spook out their fans with their new film Phone Bhoot. The trio's latest horror-comedy is finally here and while it will give you goosebumps with its jump scares, it won't fail to tickle your funny bone. This is Katrina Kaif's first film where she will play the role of a ghost on-screen. In Phone Bhoot, Ishaan Khatter and Siddhant Chaturvedi add a double dose of fun as ghostbusters. If you are a sucker for horror comedies, you have come to the right place. We have prepared a list of Bollywood films that have the perfect balance of light entertainment, and eeriness. You won't even have to step out or do some extra work to watch these flicks, they are easily available on OTT platforms.

So, without much delay, check out the list of five horror films here:

“Oo Stree, kal ana” is written on the wall of every house in the town of Chanderi to drive away a female evil spirit during the festive season every year. Reason? The witch kidnaps the men of the town and leaves only their clothes behind. Sounds terrifying? Then you must watch Rajkummar Rao and Shraddha Kapoor's 2018 horror-comedy, in which the actress plays the role of a ghost.

Rajkummar Rao, Janhvi Kapoor and Varun Sharma's comic timings make this Hardik Mehta directorial a much-watch this weekend. The tagline of the film says it all – “mard ko dard hoga.” Moreover, Rajkummar's hilarious dialogues in the film will leave you in splits many times. Janhvi features as a girl possessed by a ghost in Roohi, which was released last year.

A seven-year-old boy meets the spirit of an old grumpy man and that's what starts the story of Bhootnath. The 2008 film, directed by Vivek Sharma, stars Amitabh Bachchan, Shah Rukh Khan, Juhi Chawla, as well as Aman Siddiqui as the lead child artiste.

Bhoot Police stars Saif Ali Khan and Arjun Kapoor as tantriks who claim to drive away ghosts and Djinns. But their latest case lands them in trouble and they use every trick they know to solve it. The film is directed by Pavan Kirpalani and also stars Jacqueline Fernandez and Yami Gautam.

So, what are you waiting for? Grab some snacks and start binge-watching these horror comedies.