Lisa Ray wrote, "Perhaps you will never grow up in your mind but your body will and it's a blessing to be wise" 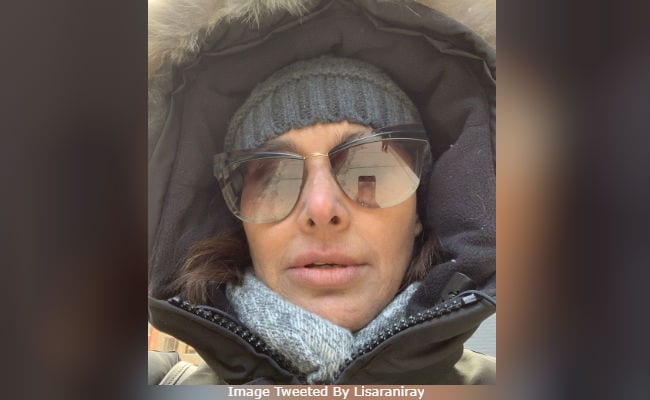 In a strongly-worded tweet, actress Lisa Ray just destroyed a Twitter troll who called her 'too old' for a selfie she posted from Toronto recently. "You're right. I'm old. Older than time, my boy. Perhaps, you will never grow up in your mind but your body will and it's a blessing to be wise, a cancer survivor and living my best life at 46. Unshakeably secure and happy in my spirit and body. Hope you can experience that one day," read Lisa Ray's stern reply to the troll. Several Twitter users including TV actor Karanvir Bohra also schooled him for his 'irresponsible' comment, after which he wrote, "My apologies if you were hurt." However, the troll added that he "thinks he said nothing wrong." (Like, seriously?) Lisa Ray, recently seen in the web series Four More Shots Please!, was diagnosed with a rare form of blood cancer in 2009 and a year later, she was declared a survivor.

Actors like Suniel Shetty and leana D'Cruz applauded Lisa Ray for her reply and said she "put it up well." Twitter users told Lisa that she gave a "befitting reply and gracefully presented it." "You go, girl. More power to you. Live your life the way you want to," read a tweet.

To the troll later, Lisa simply replied by saying that "'too' to 'old' is a symptom of society's unrealistic expectations for women" and "wished him well."

Read how Lisa Ray delivered burns to the troll.

Honestly not hurt, but adding 'too' to 'old' is a symptom of society's unrealistic expectations for women. Imp. to embrace age. This dialogue is good to highlight each's state of mind. When I was young, I was different and craved guidance towards a wider, kinder perspective https://t.co/y7dBH368h8

Thank you for your tweet. And I believe people are not reacting to you personally, but society's dysfunctional attitude towards women and age in public spheres, speaking through you. Wish you well. https://t.co/y7dBH368h8