Lisa Haydon: Queen Made Solo Heroine in The Shaukeens Possible 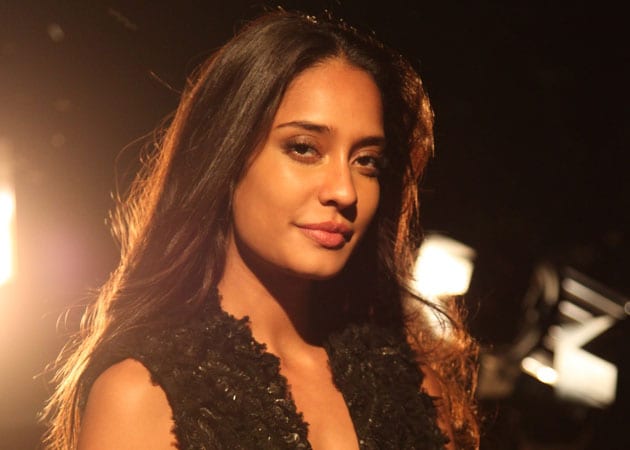 Having found acclaim for her bohemian Parisian girl act in Queen, model-actress Lisa Haydon is now looking forward to the release of The Shaukeens in which she is making her debut as a solo heroine.

The film, which has Akshay Kumar in a cameo appearance, is the 28-year-old actress' third Bollywood film after Aisha and Rascals, both of which had multiple stars.

"I did not expect that I would get to work with Akshay as a solo heroine in a commercial film. It has been possible only after Queen. It is really exciting as an actor that that I have scenes after scenes in a movie. I just loved that feeling that I was given an acting opportunity such as this," Lisa told PTI.

The Shaukeens is a remake of the 1982 film Shaukeen directed by Basu Chatterjee. The new film stars Anupam Kher, Piyush Mishra and Annu Kapoor, who are lusting after a much younger girl, played by Lisa.

"I had no hesitation being a part of the movie. Although it is a remake, the concept of our film is completely different from the original. The movie is a very clean comedy. It has a contemporary setting.

And also I got to work with three veteran and prolific actors like Anupamji, Annuji and Piyushji. I could not have asked for more," said the actress, adding she has not watched the original film.

When asked whether her character in the film, which was played by Rati Agnihotri originally, has any similarity with her role in Queen, Lisa said the only resemblance between the two is that they grew up outside of India.

"There is nothing similar between two characters. Vijayalakshmi (her role in Queen) was a mother. She was very rational and real. Whereas Ahana is a psycho, she lives in her own delusional world. She is a social network addict. She is over the top and a complete drama queen. The only similarity is that they grew up in a foreign country," she said.

With The Shaukeens, Lisa will be seen in the comedy space after the not-so successful Rascals. The actress said this thought did come to her mind when she was offered the film but she eventually realised that both the films are very different form one another.

Promoted
Listen to the latest songs, only on JioSaavn.com
"Rascals was not a bad experience, none of my films are. Having said that, this film is very different from Rascals. I did have the thought that I am doing a comedy again. But as I found out the story I realised this is a completely new film," Lisa said.

The Shaukeens has been directed by Abhishek Sharma of Tere Bin Laden fame and produced by Akshay Kumar. It will hit theatres on November 7.