Lipstick Under My Burkha Vs Censor Board: Stick To Certifying, Say Filmmakers 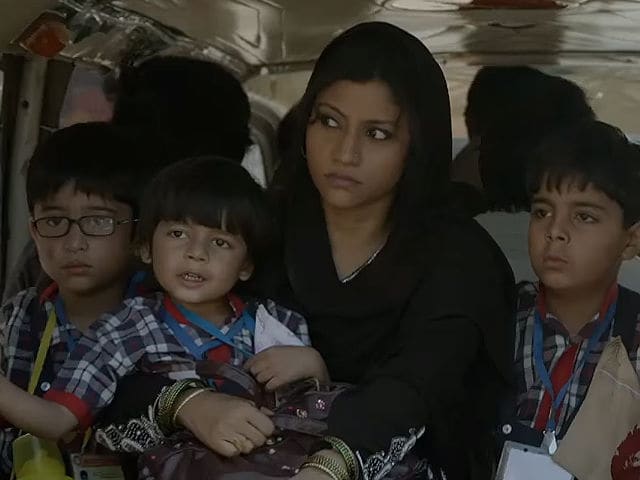 Konkona Sen Sharma in Lipstick Under My Burkha

New Delhi: Filmmakers like Shyam Benegal and Sudhir Mishra have added their voices to the criticism of the Central Board of Film Certification's refusal to certify the Prakash Jha-produced Lipstick Under My Burkha. The film, directed by Alankrita Shrivastava and starring actress Konkona Sen Sharma, was rejected by the Board yesterday on the grounds of being 'lady-oriented' and showing 'fantasy above life.' It also contains explicit scenes and language. Mr Benegal, speaking to news agency PTI, said the Board should stick to certifying rather than censoring. "The censor board should certify the film not censor it. I'm against censorship of movies, to stop any film from being released is not justifiable," he said.

"What right does anybody have to stop imaginative, young talented directors like Alankrita from exhibiting her film. The point is not whether you (CBFC) like it or not... The youth has a right to express themselves," Sudhir Mishra told PTI.

There has been widespread facepalming on social media over why the Board denied the film a certificate, stated in a letter as: "The story is lady oriented, their fantasy above life. There are containous sexual scenes, abusive words, audio pornography and a bit sensitive touch about one particular section of society (sic)."

The Board's reasoning was derided as 'mansplaining' in a tweet by Masaan director Neeraj Ghaywan:

.@alankrita601's film #LipstickUnderMyBurkha that won an award for gender equality is being mansplained over being 'Lady oriented'. Irony!

The decision has also been slammed by a member of the Censor Board. Filmmaker Ashoke Pandit, who is an outspoken critic of chief censor Pahlaj Nihalani, tweeted:

In a statement, Lipstick Under My Burkha director Alankrita Shrivastava said: "I am more determined than ever before to ensure that Lipstick Under My Burkha can be watched by Indian audiences. I will fight this out till the very end, and do whatever it takes because this is not about my film. The real issue is the systematic suppression of women's voices and the throttling of freedom of expression... I believe the decision to refuse certification to our film is an assault on women's rights."

Promoted
Listen to the latest songs, only on JioSaavn.com
Lipstick Under My Burkha deals with four small-town women exploring their sexuality and also stars Ratna Pathak Shah. It has released across the festival circuit and has been awarded for gender equality.