"The best part about what's happening right now, for actors like me, is that we have a great platform like the internet," said Aahana 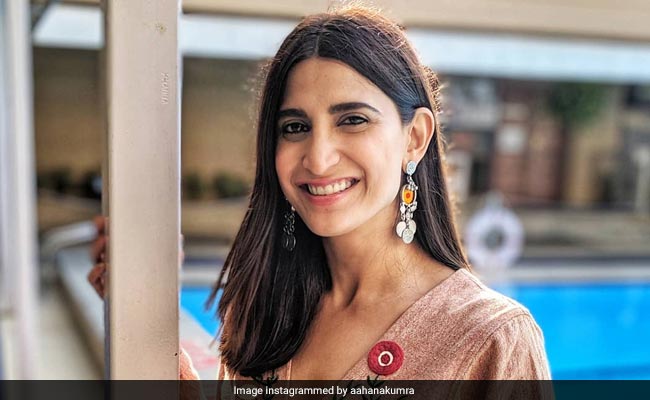 Aahana Kumra has spent days wondering when would stage artistes get the validation they deserve but today she considers herself fortunate that due to digital platforms, actors like her do not have to beg for work or be bitter that stars kids get it easy.

The Lipstick Under My Burkha actor did theater for more than a decade before venturing into TV series, films and digital platforms. While the actor always craved for validation as a stage artistes, the situations has changed today. "The best part about what's happening right now, for actors like me, is that we have a great platform like the internet, through which our work is reaching across. I don't have to beg for work anymore," Aahana told PTI.

"There was a time I used to think, instead of taking so many auditions, can't they just come and watch our play? I used to feel just because someone comes from a film family, they get work faster, whereas we have to do ten auditions for one project."

The 34-year-old actor says, though the outsider versus insider debate will exist, she has never been bitter about it. "As an actor, I don't get too many options. I don't come from a film family. It is not easy for women, especially when you don't have a godfather backing you. I have made peace with it. I am getting lesser films, but I am content. I will eventually reap benefits." It is not only limited scripts, but also the constant boxing and judgements which one is subjected to as an outsider. "I was told all the time that I am so tall, all the men will look shorter in front of me. I still get comments like 'you don't look conventional'. You get to hear that every day, so it is not as if I have to choose one script out of five. I choose one out of two."

The actor currently features alongside Soni Razdan in Yours Truly, streaming on ZEE5. Aahana says new age filmmakers have a firm grip on the content today but the yesteryear storytellers are still struggling with it. Giving an example of how a popular director of the 90s approached her with a script -- which she politely turned down. The actor said she often feels bad because "most of them are so out of touch."

"Whatever work they are doing now, it is a struggle for them because the paradigm has completely shifted. They are still grappling with what has happened. "They were doing the popular cinema in the 90s but that won't work anymore. It is going to be a box office trash."