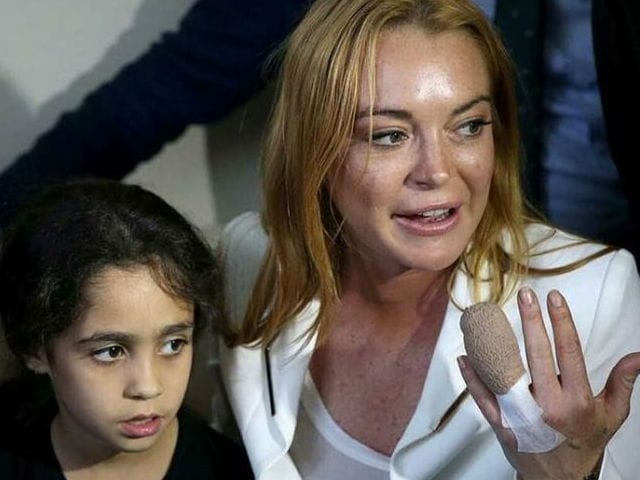 This image was posted on Instagram by Live, love, lohan

Ankara: Actress Lindsay Lohan returned to her charity work following her boat accident, in which she "almost lost" one of her fingers.

The 30-year-old almost lost her finger over the weekend when she injured herself while trying to anchor a boat by herself. But she was back in Turkey to helping Syrian refugees on Tuesday, reports TMZ.

Lindsay, with a bandage on her hand, was photographed arriving in the suburb of Sultanbeyli, where she met with the Mayor and helped a family move into a new home.

The Mean Girls star earlier said she had to have surgery to take care of her finger tip.

Promoted
Listen to the latest songs, only on JioSaavn.com
At that time, she posted on Snapchat: "This is the result of me trying to anchor the boat by myself. My poor finger. I almost lost my finger from the anchor. Well, I lost half my finger, thank goodness we found the piece of my finger. I just had surgery to fix it. It hurts so bad."