Read inOther Languages
This Article is From Apr 03, 2020

"Let's Just Make Sure We All Do Our Little Bit": Shah Rukh Khan Announces Several Initiatives Amid Coronavirus Lockdown 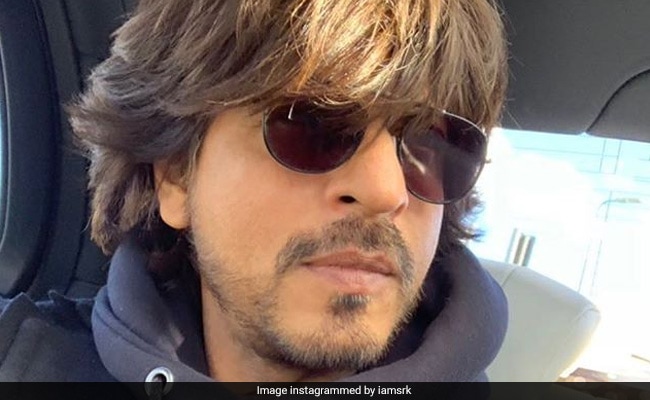 Shah Rukh Khan, on Thursday, shared a media release on social media and pledged his donation to the relief funds aimed at combating the outbreak of the coronavirus in the country. The Kuch Kuch Hota Hai Actor, who owns the group companies- Kolkata Knight Riders, Red Chillies Entertainment, Meer Foundation and Red Chillies VFX, announced several initiatives to support the country in fighting the pandemic. Sharing the media release on his Instagram profile, Shah Rukh Khan wrote, "In these times it's important to make everyone around you working tirelessly for you - not related to you, perhaps even unknown to you - to make them feel they are not alone and by themselves. Let's just make sure we all do our little bit to look after each other. India and all Indians are one family. Stay safe, stay healthy and don't forget to pray."

Shah Rukh Khan, who received an honorary Doctorate from University Of Law, London for philanthropy last year, pledged his donation to four relief funds including Prime Minister's Citizen Assistance and Relief in Emergency Situations Fund (PM-CARES), Maharashtra Chief Minister's Relief Fund, Ek Saath - The Earth Foundation and Roti Foundation. Shah Rukh Khan, who is also the Brand Ambassador of West Bengal, announced several initiatives that include supporting the healthcare providers of West Bengal and Maharashtra with 50,000 Personal Protective Equipment (PPE) kits, providing daily food requirements for at least 5500 families in Mumbai for at least a month, providing 3 lakh meal kits to at least 10,000 people per day, providing basic essentials and daily items to at least 2500 daily wage workers in Delhi and providing a monthly stipend to over 100 acid attack survivors. Take a look:

In these times it's imp to make everyone around u working tirelessly for u.. not related to u.. perhaps even unknown to u... to feel they are not alone and by themselves. Let's just make sure we all do our little bit to look after each other. India and all Indians are One Family. Stay Safe Stay Healthy and don't forget to pray. @narendramodi #PMOIndia @uddhavthackeray @Adityathackeray @mamataofficial @arvindkejriwal @RedChilliesEnt @redchillies.vfx @kkriders @MeerFoundationofficial @rotibankfdn #WorkingPeoplesCharter @Eksaathfoundation @pragyakapoor_

The 54-year-old actor has been using his social media to actively spread awareness regarding the coronavirus outbreak. A few days back, SRK shared a video on his Instagram profile where he explained the dos and don'ts to be followed at the time of this crisis, but with a filmy twist. The video included snippets from Kal Ho Naa Ho - in which SRK played a cancer patient - and Chennai Express to describe symptoms like "fatigue" and "sore throat" respectively. Raees was used to advise people to "avoid large groups" and, Satish Shah's character from Main Hoon Na was used to demonstrate how the virus spread by coughing and sneezing.

InshaAllah #JantaCurfew will help against the spread of virus, though we may have to do this again. The clapping brought so much cheer. So a reminder of safeguards, with some cheer... Pls take it in the right spirit. To all relentlessly working today - Extremely Grateful. Thx!

Here's the first video message, which he captioned, "Let's get together and fight this."