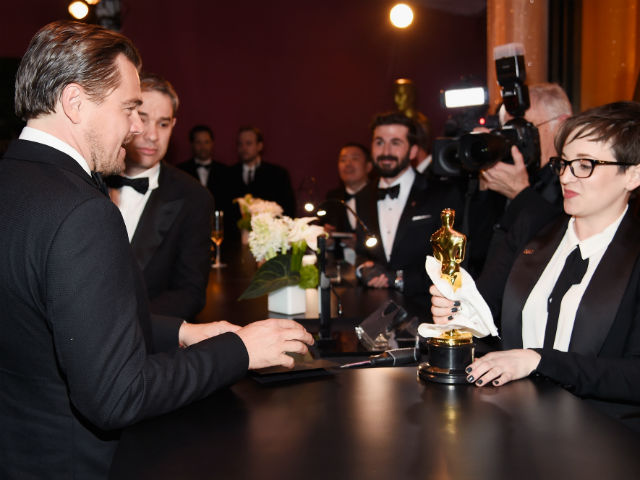 The 41-year-old actor, who scooped the Best Actor accolade at the 88th Academy Awards, was caught on camera getting into a car as he left. (Also Read: Leonardo DiCaprio's Oscar Win Becomes Most Tweeted Moment)

The clip shows one person handing The Revenant actor a bottle of alcohol, before a man rushes out holding the statuette and attempts to hand it to Leo.

The man asked: "Do you want this to go with you?" to which the actor replied: "Give it to Dan right there." (Also Read - Oscars 2016: Leonardo DiCaprio's Gold Rush Thrills Bollywood)

The Wolf of Wall Street star headed to both the Governors Ball and the Vanity Fair after party once the award ceremony at the Dolby Theatre had finished, but decided to head to the eatery "where everyone could get in" so he could celebrate with all his friends.