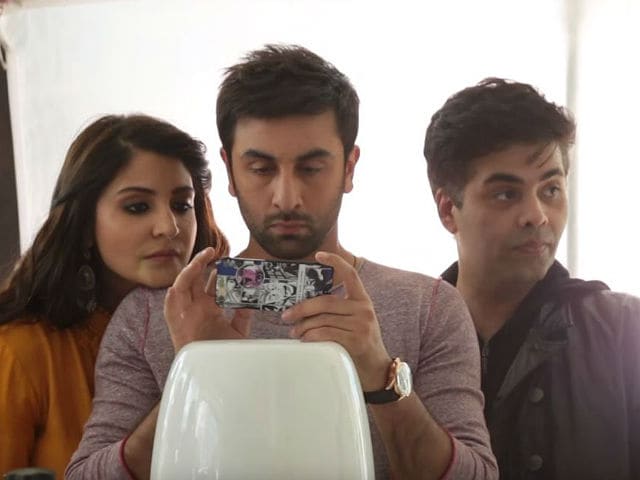 A still from the behind-the-scenes video.

New Delhi: A behind-the-scenes video of filming Karan Johar's upcoming film Ae Dil Hai Mushkil was shared by the makers on social media. And it is all the Internet can talk about right now.

The video details how KJo plans every scene meticulously and executes them with perfection. His lead actors Ranbir Kapoor and Anushka Sharma have wonderful words to say about their director.

"It's surreal to be the leading man in a Karan Johar-film. That's what you want," says Ranbir Kapoor.

Anushka, who stars opposite Ranbir, compares Karan characterization to late filmmaker Yash Chopra, with whom she's worked in 2012's Jab Tak Hai Jaan. "In Karan's films the female characters are very strong and they have a lot of substance. Yash chopra ji also used to have very strong female characters. It was just perfect."

From the trailer and songs, Ae Dil Hai Mushkil appears to be an intense story about love friendship and heartbreaks. The film, which is reportedly a remake of 1977 film Doosra Aadmi starring Rishi Kapoor, Raakhee and Neetu Singh, is a potpourri of emotions - romance, song and dance, tears and human relationships - much like any KJo film.

The film will hit the screens on Diwali along with Ajay Devgn's Shivaay.