Last Year's Rewind Was Most Disliked In YouTube History. This Year, There's PewDiePie

YouTube abandoned its cameo-filled approach to Rewind and got out of the way instead. 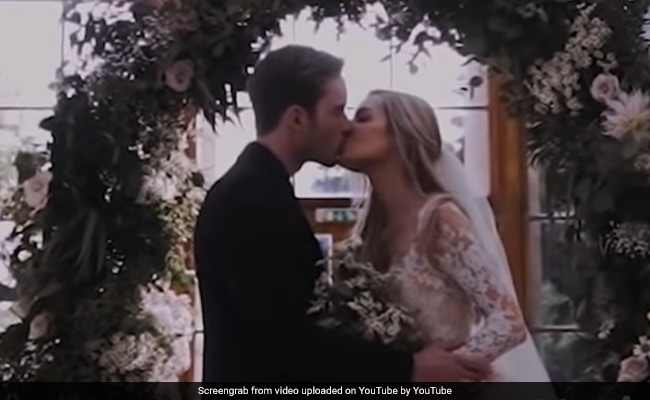 YouTube has been teasing 2019's Rewind video, the company's annual retrospective, on Twitter for days by making one big promise: that it wouldn't be a disaster, like last year's.

Rewind, which YouTube has been doing since 2010, is meant to highlight the creators and trends that defined the past year on YouTube by getting them all to, say, do viral challenges on camera and sing Despacito. It's a year-in-review video with a production budget. Making it into the video was seen as a sign that the company valued what creators were doing there. Fans began to watch carefully to see how many of their favorites were included.

But the 2018 iteration became the most disliked video in YouTube's history, with more than 17 million down-votes to date. The decision to open with Will Smith, a mainstream celebrity who happened to have a YouTube channel, was just the beginning of the long list of complaints that creators and fans have about the video. The retrospective prominently featured references to Fortnite and Ninja (at the time both the game and player were more associated with Twitch than YouTube), and several year-defining moments in YouTube culture were missing, critics said. They accused the company of using Rewind to promote a version of YouTube that would appeal to corporate advertisers while giving short shrift to certain creators and trends that were important to YouTube culture.

This year's Rewind seems to have been made with those criticisms in mind. There are no cameos of mainstream celebrities doing Fortnite dances. Instead, it's basically a bunch of top 10 lists mashed together, a rapid-fire clip show of the things people watched on the platform in the past year based on the numbers. It contains no surprises, just acknowledgments of what was popular and what went wrong.

YouTube's new strategy for Rewind seems to be getting out of the way and letting math make most of the decisions.

Because of this, popular creators who have been absent from recent rewinds, like PewDiePie (a.k.a. Felix Kjellberg) and Shane Dawson, are now included, without YouTube appearing to endorse or snub their content.

PewDiePie's inclusion is especially meaningful. He is the biggest creator on YouTube, and also one of the most controversial. He used to appear regularly in the end-of-year videos but wasn't directly featured in last year's unpopular iteration. In 2017, a series of Nazi jokes in his videos attracted media attention, killed some of his lucrative business deals with major companies (for instance, Disney) and turned him into something of an anti-"political correctness" mascot on the platform. Creators, including PewDiePie, criticized YouTube for how it handled the fallout, as the company expanded its restrictions for what's considered "advertiser friendly" content, causing many creators to lose ad revenue. In recent months, PewDiePie has made a tenuous peace with YouTube. When he reached 100 million subscribers, the company sent him a plaque and letter of congratulations from YouTube chief executive Susan Wojcicki.

Mission accomplished: Rewind 2019 is not a meme-able disaster.

But is it good?

Casey Neistat, a creator who was featured in last year's much-maligned Rewind, tweeted that this year's video was "not as sensational or produced" as previous years, but he appreciated what the company was trying to do. Others thought it was "boring." There were lots of comparisons to WatchMojo, a YouTube channel known for cranking out entertainment-themed top-10 lists.

Good, bad, boring - no matter what it is, YouTube doesn't have to shoulder the responsibility. The company seems to have decided that the best way to summarize YouTube is to hand over the responsibility to data and encourage users to see Rewind as a mirror of their own tastes and tendencies. If people don't like it, they have only themselves and their fellow fans to blame.

As of this Thursday evening, Rewind 2019 has tens of thousands more dislikes than likes.

(Except for the headline, this story has not been edited by NDTV staff and is published from a syndicated feed.)
Comments
PewDiePieyoutuberewind