Lara Dutta On Life With Daughter Saira: 'It's The Most Fulfilling Role I've Played'

Lara Dutta said, "No matter how much you prepare before the child is born, you get (a taste of) the reality the day your child is born." 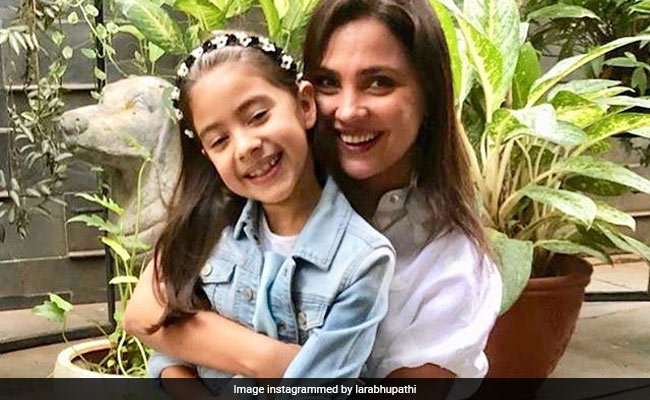 Actress Lara Dutta says motherhood has been her "most fulfilling" role in life. "I don't know if there is any such thing as a transition into motherhood. No matter how much you prepare before the child is born, you get (a taste of) the reality the day your child is born," Lara told IANS. "However, I also think for me today, it is by far the most fulfilling role that I play in my life, regardless of everything else that I've done - and it's been quite a lot in the last 25 years," she added.

After winning the Miss Universe crown, Lara navigated her way into Bollywood with projects like Andaaz, No Entry, Bhagaam Bhag, Housefull and Singh Is Bliing. She ventured into the small screen, too, as judge of a dance reality show.

Lara, who is married to Indian tennis player Mahesh Bhupathi, has a daughter named Saira.

Opening up about her journey as a mother, the actress said: "For me, there's a lot that's learned by trial and error. I genuinely believe that a child teaches you more than you will teach it."

"The best thing that you can actually teach or the best way that you can teach your child is by your own behaviour and what you do. So, no matter what textbooks you have, what great talks about the child (you have), at the end of the day, if you don't practice what you preach, your child is never going to follow it. So, I think for me. It's a huge responsibility, but it's a job that I work at very hard on a daily basis and it never ends," she added.

The actress opened up about motherhood on the sidelines of the launch of Abbott's initiative Grow Right, which is focused on supporting parents and helping children grow to their full potential.