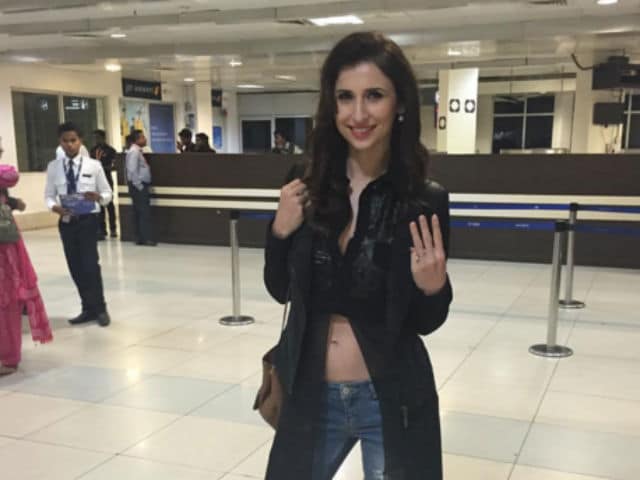 This image was posted on Instagram by Claudia Ciesla.

Mumbai: Actress Claudia Ciesla, who will soon be seen in Kya Kool Hai Hum 3, said that it is difficult to make a mark in Bollywood and that success in the film industry requires patience.

"It is kind of difficult to make a mark in Bollywood and sometimes, it takes time. My career started off with television, then item songs and after a few years, I got the opportunity to be a part of a full-fledged Bollywood movie," said Claudia.

"So, definitely you have to be patient. Sometimes it's not easy but work was happening for me. I was equally happy with my television work. So, destiny, luck and hard work play a part," added Claudia.

Claudia was last seen in Akshay Kumar's Khiladi 786, in which she danced on the song Balma.

"Obviously, the songs are very charming because. It's a very special and unique thing,” said Claudia.

Claudia also participated in the third season of the reality show Bigg Boss.

"When it comes to shooting, I like the warmness and hospitality of Indians. Even on the set, it feels like one big family. We just have fun together. There is no strictness. It's a very helpful atmosphere. You can relax and feel that there are friends around you. That makes you feel more confident and comfortable,” said Claudia.

"I have worked with a few actors already, but so many are left. I hope that I'll be able to work with all of them. It'll be Bollywood in future as well. I'll continue working and acting here,” added Claudia.