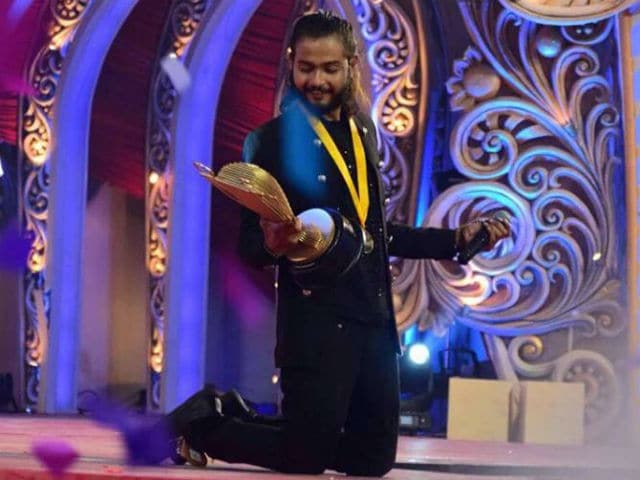 Mumbai: Kushal Paul, a 17-year-old singer from Kolkata, sang to victory on music reality show Sa Re Ga Ma Pa, the grand finale of which was aired on Sunday night.

Kushal, who came to be known as the rockstar of Sa Re Ga Ma Pa, was part of singer-composer Pritam Chakraborty's team on the reality show.

"Never in my wildest dream had I thought of such a big win," Kushal said in a statement after being announced the winner.

For him, it was "unbelievable" to be holding the trophy - a goal, he said, "each one of us have worked day and night for".

Kushal, who was presented the winner's trophy and drove away in a new Elite i20 - Hyundai, said singing is his life and passion, and winning the show is a dream come true.

"The show has given me a chance to meet and perform in front of legendary singers like Asha Bhosle, Rahat Fateh Ali Khan and Kumar Sanu and I am really thankful to Zee TV for giving me this golden opportunity.

"I am also grateful to the audiences for having voted for me and showering me with so much love. But this journey wouldn't have been the same without the guidance, support and love of my mentor, Pritam da. I want to dedicate this victory to my mentor and my family," he added.

Pritam considers his protege Kushal's performances no less than that of a rockstar.

"This is a moment of great pride for me as I am a huge fan of his vocal talent and knew that he was winner-worthy right from the auditions phase. Kushal is not just a gifted singer but an exceptional performer with a magnetic stage presence. He has a long way to go and has a great career ahead of him in singing. Here's wishing him and all our other contestants the best in their future endeavours," Pritam said.

The final battle culminated on a star-studded evening which had the top five finalists putting their best performance one last time. The finale was also attended by Akash Thosar and Rinku Rajguru, the lead pair of Marathi movie Sairat, and singers Kailash Kher, Sukhwinder Singh, Armaan Malik and Benny Dayal.