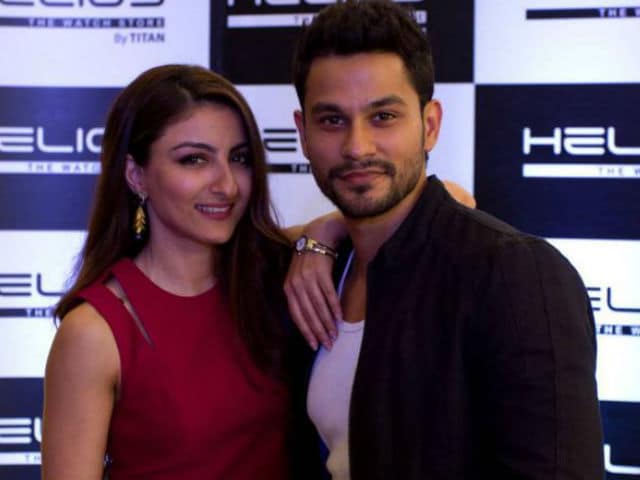 This image was posted on Instagram by Kunal Khemu

Kunal, 32, tweeted a link to a news report suggesting that he and Soha are splitting up and captioned it with Salman's Wanted dialogue with a twist. Soha, 37, also retweeted Kunal's social media declaration.

What!! Why is my marriage in trouble?? Why am I heading for a divorce? Am I in a different reality or the people reporting this nonsense

Kunal and Soha married in January 2015 after a living-in together since 2013. In an interview to PTI last year Soha had said that they got married to "keep (their) parents happy." (Also Read: Soha Ali Khan and Kunal Khemu Don't Endorse Live-in Relationships)

Together, Soha and Kunal have featured in films like 99 and Dhoondte Reh Jaaoge. Soha made a cameo appearance in Kunal's Go Goa Gone, which also starred her actor brother Saif Ali Khan and Kunal made a guest appearance in Soha's Mr Joe B. Carvalho.