'Kunal Kapoor Has The Potential To Be A Film Director,' Says Veeram Actress 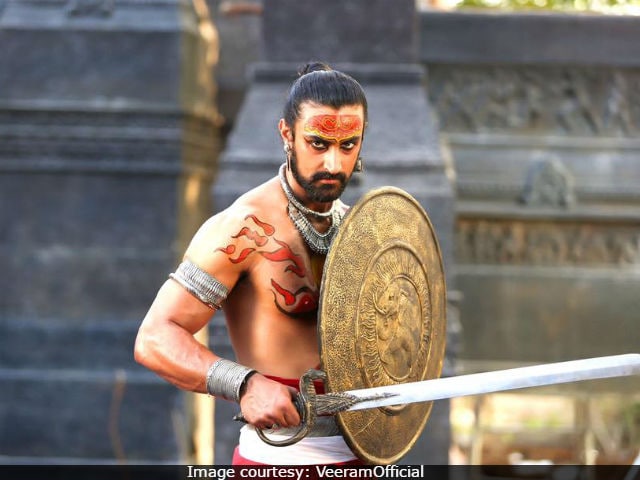 New Delhi: Actress Divina Thakur, who plays the leading lady in Kunal Kapoor's war drama Veeram said that the actor has a "potential" of being a film director, reported news agency IANS. "It was so amazing to work with him. He is so focused on set and very hard working. In fact, I have observed that he has a deeper understanding of scenes and sequences, and so his contribution makes a scene better. I think he should direct a film now," IANS quoted her as saying. Veeram, is an adaptation of William Shakespeare's Macbeth, It is helmed by National-Award winning director Jayaraj.

Divina, who plays a female warrior in Veeram said that it was a "challenging" film for her. "It is very interesting that I bagged the role because I am trained in Kalaripayattu, the martial art form we have used in the film," Divina told news agency IANS. Veeram has been released in Malayalam, and has been dubbed in three other languages. It will soon hit the screens in English and Hindi.

Promoted
Listen to the latest songs, only on JioSaavn.com
He earlier told IANS, "Jayaraj (director) sir wanted me to buck up for this role. He asked me to put on muscles to look apart. That was something that I did. But by putting on those muscles, what was really difficult was to maintain that image because we were shooting for most of the time in a day. What I had to do was to divide my time between workout and shooting, which was challenging. I used to work out during small intervals."