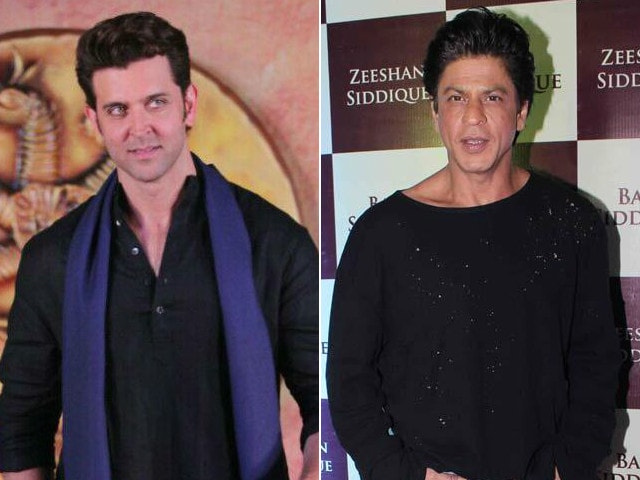 New Delhi: Three years after we saw a caped and masked Hrithik Roshan on screen, his superhero self Krrish is all set to make a flying comeback. Hrithik's filmmaker father Rakesh Roshan confirmed that a fourth instalment of the Krrish series of films is in the works.

It appears that Ganesh Chaturthi proved lucky for Krrish fans. On September 13,Hrithik tweeted the picture of a Krrish-themed Ganesha, which inspired his father to announce another Krrish film.

"When my wife showed me a tweet with Bappa's picture as Krrish, it reaffirmed my belief that Krrish is the original superhero we have. It boosted my confidence and inspired me to make the fourth instalment," the Kaho Naa... Pyaar Hai director said in a statement. Mr Roshan has directed the three previous films.

This is what Hrithik tweeted:

Ganpati blessings for KRRISH4 :)) hope everyone is enjoying the festivities. Love to all. pic.twitter.com/g2g8K489AO

"Ganesha is also called the God of auspicious beginnings. I guess this was his way of saying that we have his blessings for Krrish 4," the director added.

Krrish 4 is scheduled for Christmas 2018 - that's two Christmases from now - but it appears the date is already booked for a Shah Rukh Khan film. SRK will play a dwarf in a movie directed by Aanand L Rai, which releases December 21, 2018.

As of now, SRK and Hrithik are already clashing in January 2017, when their films Raees and Kaabil will release together on Republic Day weekend.

Krrish 4 begins filming next year. The three previous films were named Koi... Mil Gaya, Krrish and Krrish 3. In Koi...Mil Gaya, Hrithik, 42, played a mentally-challenged man named Rohit transformed into a superhero by an alien named Jadoo who he befriends. Preity Zinta and Rekha starred in the first film.

Promoted
Listen to the latest songs, only on JioSaavn.com
The second and third films featured Rohit's son Krrish, also played by Hrithik, who is born with superpowers. Priyanka Chopra co-starred and it has not been revealed if she will return in the fourth film.