KRK Apologises to Vikram Bhatt, 'Thanks For Showing Me The Right Way' 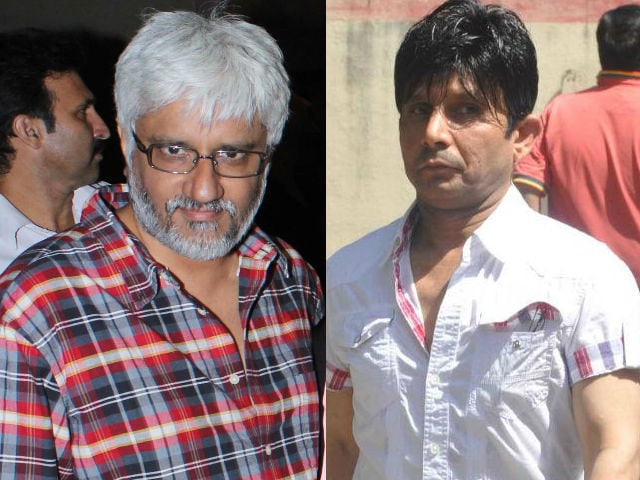 Mumbai: Actor Kamaal R Khan, who has been in news after filmmaker Vikram Bhatt filed a defamation case against him for his derogatory remarks towards women in showbiz, has apologised for his doing.

Of late, Mr Bhatt has been vocal in slamming Mr Khan, who for long has been passing indecent and lewd remarks towards a string of Bollywood actresses on social media.

In reaction to Mr Bhatt's statements on the controversy, KRK tweeted: "Today I watched @TheVikramBhatt n he said-KRK has got big social media power so he should decide whether he wants to be. Recognised as a troll only or respected critic n I am 100% agree with his statement. So thanks to @TheVikramBhatt for showing me right way. (sic)"

Anyway thanks Mr. @TheVikramBhatt for giving me very good advise n I am sorry if I hurt you in the past. Cheers and best of luck for future.

I m sorry to all other Bollywood ppl also if I have hurt anyone by my statement or review. Today a new very serious type of critic has born.

Responding to KRK's change of heart, Mr Bhatt expressed his admiration for the actor for accepting it on a social media platform.

@kamaalrkhan it takes a lot of courage to correct your ways and accept it on a public platform. I admire you for it.

@kamaalrkhan I am sure everybody in our fraternity will accept your apology and applaud you for understanding.

@kamaalrkhan you are a talented critic and people will take you seriously now because you are not a troll anymore :) cheers!