Nupur Sanon stars in an advertisement with Kriti 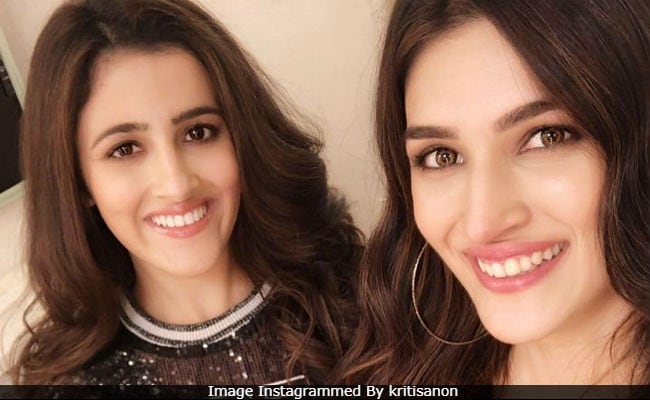 Actress Kriti Sanon's younger sister Nupur has made her acting debut, finally. She stars in a hair oil brand advertisement with Kriti. (Yes, the Sanon sisters feature in the advertisement together). Kriti shared the video with Nupur and wrote, "And here it is. My TVC for Parachute Advanced with my most favourite person in the world and now, my favourite co-actor too." In the video, the duo perfectly define the rapport sisters share. (Sisters are special. Aren't they?) "Nupur is one person I share everything with and she knows me in and out. At times we fight and drive each other crazy but also without a doubt she is my baby sister and we share a bond which is deep," Kriti Sanon told mid-day, that she's very protective of Nupur and that's why she often acts like her second mom.

And here it is.. My tvc for Parachute Advanced with my most fav person in the world and now my fav co-actor too @nupursanon #ShampooKiTayyari #SisterLove @parachute_advansed #LoveJatao

Meanwhile, Nupur told mid-day, "Kriti has not only been my rock and pillar of strength but also my guiding light. I have always been the mischievous one, always getting into some trouble or the other."

Kriti Sanon, 27, debuted in Bollywood opposite Tiger Shroff in 2014 film Heropanti. She followed it up with films like Dilwale and Raabta.

Arjun Patiala is Kriti Sanon's next release while she also has Panipat in the pipeline.