Manikarnika row: Krish has challenged Kangana Ranaut's claim that she has directed 70 per cent of the film, presented in the final cut 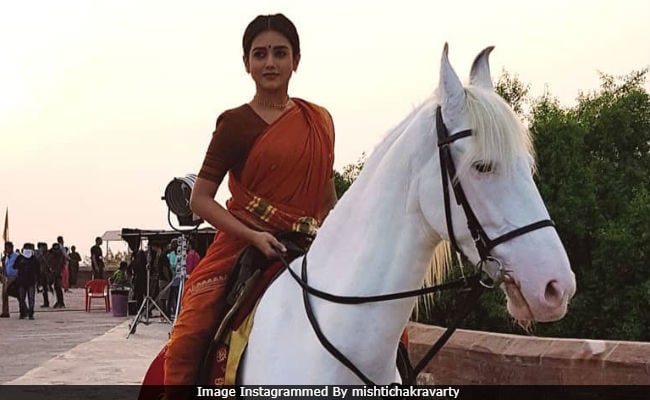 On the ongoing feud between Manikarnika: The Queen Of Jhansi co-directors Kangana Ranaut and Krish, actress Mishti Chakravarty, who features as Kashi Bai in the film, added that the filmmaker "wanted to come back to shoot the patchwork, but he wasn't welcomed on the sets," reports The Indian Express. Krish has challenged Kangana's claim that she has directed 70 per cent of the film, presented in the final cut. Kangana's claims have been put forward by her sister Rangoli Chandel via Twitter. While Manikarnika was in the work-in-progress stage, it was reported that Krish had left the film to direct the NTR biopic. To which, Mishti added, "The whole film was completed and then he told Kangana and producers that he needed to shoot a film in South, which was NTR biopic. Krish said that after he is done with the shooting, he would come back for patchwork."

Of the claims made by Kangana's sister Rangoli that she shot 70 per cent of the film, Krish on Thursday told news agency IANS, "Just how she came to that percentage I don't know. She simply picked '70' and took off from there. The entire team knows how much of the film I've shot. If she continues making these claims I'll have to send her copies of my earlier films. I am not a novice to filmmaking."

While Mishti told Indian Express, "He was supposed to speak up only one or two weeks after the film's release. The truth, which I know and I believe 90 per cent people know, is that the director completed the film. I was there till the end in the movie, so I know who shot how much."

Mishti earlier said that the final version of Manikarnika took her by surprise and Kangana made several changes to the film. Adding more to that, the actress recently told IANS, "Anyone can get hurt when such things happen to them. Lots of people are telling me that it's a film based on Rani Laxmi Bai, then how can it focus more on other characters of the film. But I just have to say that before signing a film, you should have a clear idea about your role in it. If somebody tells you that you are playing an important character in the film, but when the film releases, you come to know that somebody has tricked you then it feels really bad."

She further said that a director should cannot be "biased" and "self-obsessed." "I think a director has to be always neutral and he cannot be biased about anything. I feel a true director is the one who will give equal importance to the background dancer of the film. A director can't be self-obsessed. An artiste has the liberty to do that, but a director cannot do that," Mishti told IANS.

Manikarnika is based on the life of Rani Laxmi Bai and it has collected over Rs 61 crore so far. The film also stars Ankita Lokhande, Jisshu Sengupta and Atul Kulkarni.