Manikarnika Row: 'Just How Did Kangana Ranaut Decide She Made 70 Per Cent Of The Film,' Asks Krish

Manikarnika Row: Krish and Kangana Ranaut are contesting over the title of the film's primary director 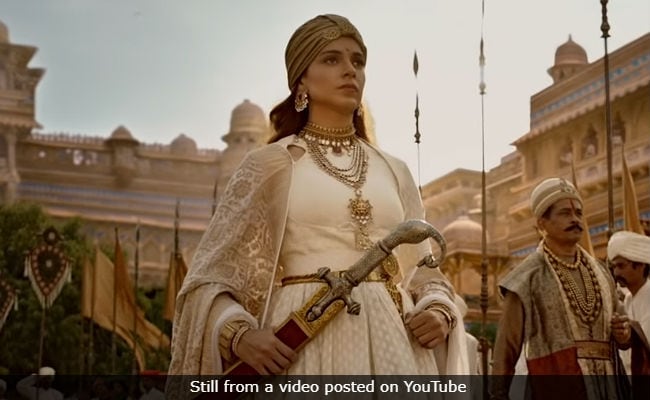 Krish is contesting Kangana Ranaut's claim (made on her behalf by her sister Rangoli Chandel) of directing "70 per cent" of the final cut of Manikarnika: The Queen Of Jhansi and in a recent interview with IANS, he said that the "entire team knows how much of the film he has shot." Speaking to IANS, Krish said: "Kangana's sister decided Kangana has shot 70 per cent of Manikarnika. Just how she came to that percentage I don't know. She simply picked '70' and took off from there. The entire team knows how much of the film I've shot. If she continues making these claims I'll have to send her copies of my earlier films. I am not a novice to filmmaking."

"Isn't she trying to make mileage of the film? I don't need this kind of publicity. Nor do I need an endorsement of my abilities from either Kangana or her sister. Manikarnika is my ninth film. I've made lavish costume dramas in the past. I will make them again. But I am curious to know who will work with Kangana after the kind of reputation she has acquired for undermining the director and taking over a project," he added.

On Wednesday, Krish tweeted screenshots of his conversation with several crew members, who apparently worked on Manikarnika. From the screenshots it appears they've backed the filmmaker. However, Rangoli Chandel countered: "When producer is saying that Kangana has shot 70 per cent then why are you going to some technician who was there for few portions."

Filmmakers Pooja Bhatt and Bejoy Nambiar, and writer Apurva Asrani have also tweeted in Krish's support while Manikarnika writer Prasoon Joshi and actresses Waheeda Rehman and Asha Parekh have backed Kangana's claim as the film's primary director and praised her too.

Manikarnika is based on the life of Rani Laxmi Bai and it has collected over Rs 56 crore as of now. The film also stars Ankita Lokhande, Jisshu Sengupta and Atul Kulkarni.