Koffee With Karan 7: Deepika Padukone's Mom "Didn't Know What To Make Of" Ranveer Singh At First

"We took time to warm up to each other," Ranveer said about Deepika's mom 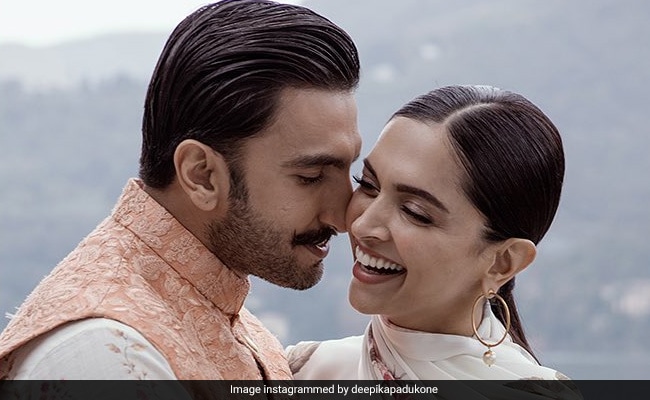 Ranveer Singh's eccentric style sense is now a common phenomenon in the film industry. Both fans and celebrities are no longer privy to Ranveer's outlandish choice of clothes whenever he is spotted at a red-carpet event or at a casual outing. In filmmaker Karan Johar's chat show Koffee With Karan 7, which aired today, Ranveer Singh featured in the first episode with his Rocky Aur Rani Ki Prem Kahani co-star Alia Bhatt. In the episode, the actor revealed how his wardrobe changed after getting married to Deepika Padukone, in the sense that he has maintained two wardrobes when he visits his in-laws - former badminton player Prakash Padukone and Ujjala Padukone - in Bangalore.

Ranveer said, "I am still managing. I am still figuring it out. For starters, I have two wardrobes now. When I go to Bangalore, there is a special wardrobe- a white t-shirt and blue jeans. I don't want to throw them off."

When host Karan Johar asked him if there were difficult moments when it comes to adapting to his wife's family, Ranveer said that initially, Deepika's mom Ujjala Padukone didn't know what to make of him.

"But now we have been together for 10 years. Initially, they were completely thrown away like who is this, what is this? Especially Deepika's mom. She did not know what to make of me, honestly. We took time to warm up to each other but now she is like my mom," he said.

Ranveer Singh and Deepika Padukone began dating when they were cast as the lead pair in Goliyon Ki Rasleela Ram-Leela. After six years of relationship, they got married in November 2018 in Italy.

Ranveer and Alia were the first guests on Karan Johar's Koffee With Karan 7, which began airing today on Disney + Hotstar. A new episode of KWK 7 will stream every Thursday. The duo, who worked together in Gully Boy, will star in Karan's directorial Rocky Aur Rani Ki Prem Kahani.