Koffee With Karan 7: And the beans were spilled 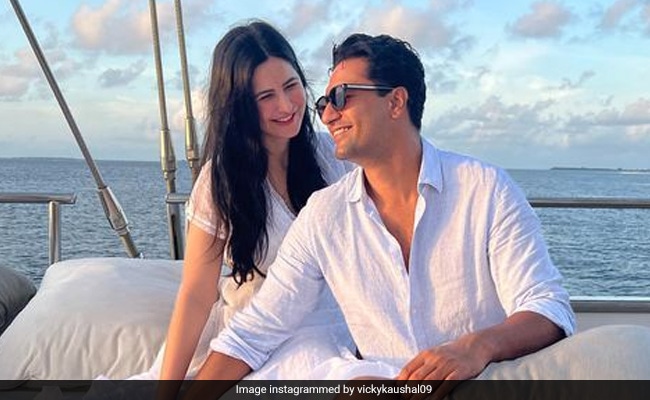 Wisest Of Them All

Vicky Kaushal, when asked about his life post marriage, said this about Katrina Kaif. "It actually does feel great. I really truly do feel settled. It's a very beautiful feeling to kind of have that companion. And I just feel truly lucky to just find that in her - life partner. She is a wonderful soul and one of the wisest and the most compassionate person I have ever come across."

Speaking of the best quality about his wife Katrina Kaif, Vicky Kaushal said that the actress "grounds" him. He added, "I really learn from her a lot and she really grounds me. She is like a mirror to me. She would state out hard facts which I need to know and hear. And you always need that person with you. I truly feel fortunate to have her as my life partner."

Where It All Began

Back in 2018, during an episode of Karan Johar's talk show Koffee With Karan 6, Katrina Kaif said that she would "look nice" with Vicky Kaushal on screen. Vicky Kaushal appeared to faint when he was told about Katrina's statement during the show. Recalling the incident, Vicky Kaushal said, "Whatever happened last season on this couch, it was really my moment to know that she even knew I existed. We had never met before that."

What Happens At Celeb Weddings, Makes Its Way To The Koffee With Karan Couch

Speaking of the wedding, Vicky Kaushal revealed what he told the pandit at his and Katrina Kaif's wedding last year. "While all these random news were making the rounds, I was just there with the pandit jisaying, jaldi nipta dena please. Ek ghante se zyada nahi."

The One Thing Katrina And Vicky Have Fought Over

When asked about the one thing Katrina Kaif and Vicky Kaushal have fought over, the actor said, "Closet space." He added, "It is shrinking. She has got one and a half room, I have got one cupboard which might soon become a drawer." Karan Johar, agreeing with Vicky Kaushal, added that when he visited the couple, he saw that Vicky Kaushal barely has any closet space.

When Vicky Kaushal was asked to name Katrina Kaif's "worst film," without much ado, the actor said, "Fitoor." Katrina Kaif co-starred in the 2016 film alongside Aditya Roy Kapur and Tabu. The film was a box office debacle and received unflattering reviews from film critics as well.

Katrina Or Vicky, The Better Cook?

After the Koffee With Karan 6 confession (or should we call it "manifestation"), where Katrina Kaif said that she and Vicky Kaushal will look "nice together," the stars met for the first time and filmmaker Zoya Akhtar's place. Karan Johar, vividly recalling the incident, said, "So the first time I remember Vicky properly meeting Katrina was at Zoya's house. For the first time, I saw the ice breaking and both of them were chatting. Even at that point, it was too nascent to know that it was going to anywhere."

Vicky Kaushal revealed that during the wedding, he scooped out time to keep up with the many, many memes that were doing the rounds that time on social media. He told Karan Johar during the show, "Every day during the wedding, these funny memes, tweets and messages would be shared on the Internet and we were aware. We had my friends who read them out for us to have a good laugh. We used to have a blast finding them."

"The Miss Is Now Mrs"

During the Rapid Fire round, Vicky Kaushal was asked during the show, what he misses about single life. Vicky Kaushal's reply was this: "The Miss is now Mrs."

What did you think of the episode? Let us know using the comments section below.