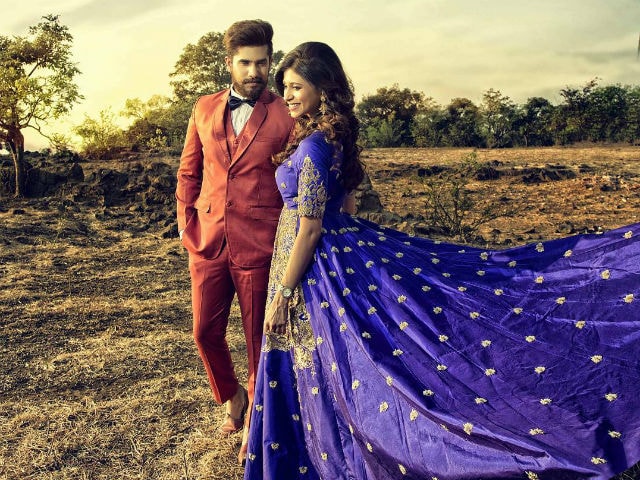 Kishwer Merchant and Suyyash Rai are all set to marry on December 16 (Image courtesy: suyyashrai)

New Delhi: Television actress Kishwer Merchant, at 35, is some years older than her fiancee; Suyyash Rai, 27. This, in 2016, ought to be cause for celebration. Instead, the actress found herself trolled and called, among other epithets, 'aunty,' prompting Suyyash to post an impassioned defence of her on Instagram. Kishwer and Suyyash will marry on December 16, but haters will hate and to them, Suyyash wrote: "How can you? If you can't write good, don't. But at least don't write bad." He also posted an adorable picture with his would-be-bride. Meanwhile, Ye Hai Mohabbatein actress Divyanka Tripathi Dahiya, recently married herself, responded to Suyyash's post and wrote: "All that matters is your togetherness, your happiness. All this hurts, but your love will prove to be greater than these negativities."

This is what Suyyash posted:

I was just reading few comments on insta..how easy it is now days for the kids on 15-16 years to write ANYTHING about ANYONE...on these social networking websites and specially when some1 is getting married...HOW CAN YOU ??? I feel bad for their parents and families...this is how they've been brought up If you cant write good dont...but atleast dont write bad... HAVE A HEART FOR GOD SAKE...even enemies would give blessings in such occasions,you all are still strangers. But i guess thats how they think they will look cool. God bless all And all my SUKISHIANS i love the enthusiasm and energy in yu guys about #SukishKiShaadi ...that is what keeps us going

The couple, who have been together for six years, first met on the sets of television serial Pyar Kii Yeh Ek Kahaani,. Both of them are quite active on social media and have been regularly updating their followers with each and every detail about their marriage. Suyyash had, in fact, announced his wedding on Instagram. They were last seen together on Bigg Boss 9 in 2015.

Kishwer Merchant recently rocked Goa, celebrating the last days of singledom with her girlfriends in an extended bachelorette party. Actress Asha Negi, who shares a special bond with Kishwer, was seen by the side of the bride-to-be throughout. The actresses constantly posted updates of their party vacation.

Here are few pictures from the bachelorette:

my squad .. loveeeeeeeee them thank u @thefarkosters for the cute tees #squadgoals #bachelorette

A few days ago, Suyyash Rai and Kishwer Merchant released the promo of their upcoming wedding's web-series.

#SuKishKiShaadi 1st promo out Check the link in the bio https://youtu.be/xqAihu_6cfM

We wish you all the best, Kishwer and Suyyash. Don't let the haters ruin your wedding fun.