Kim Sharma's Midweek Mantra Is To Just "Hang In There"

We hear you, Kim Sharma 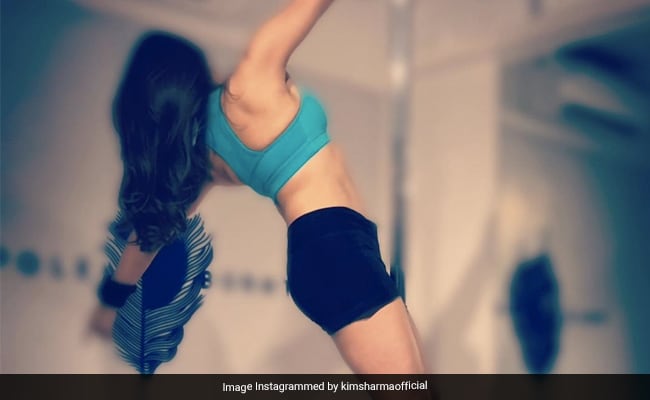 Actress Kim Sharma, who has quite a bit of a reputation as a fitness enthusiast, loves to sweat it out in the gym. However, her latest Instagram entry is a bit different. It happens to be a picture from a pole dancing session, Kim Sharma, 41, sharing the picture on her Instagram profile on Wednesday, captioned her post: "Hang in there." She accompanied the post with the hashtag #wednesdaywisdom. When an Instagram user asked the actress: "North Pole or South Pole? Or just Pole Position?" She replied: "No clue. Why don't you take a poll?" In the picture, Kim can be seen dressed in a blue crop top and a pair of black shorts.

Kim Sharma celebrated her 41st birthday on January 21 by sharing a few pictures from a beach and she captioned her post: "Laughing/dancing /walking into my new year." ICYMI, this is the post we are talking about:

Heart Of Stone: First Look Of Alia Bhatt As Keya Dhawan. Fans Say "Proud Of You"