Kim Sharma Sums Up Pre-Birthday Feels With Throwback To Maldives

"Excited and waiting for you... pre birthday feels," wrote Kim Sharma, who will celebrate her birthday soon. 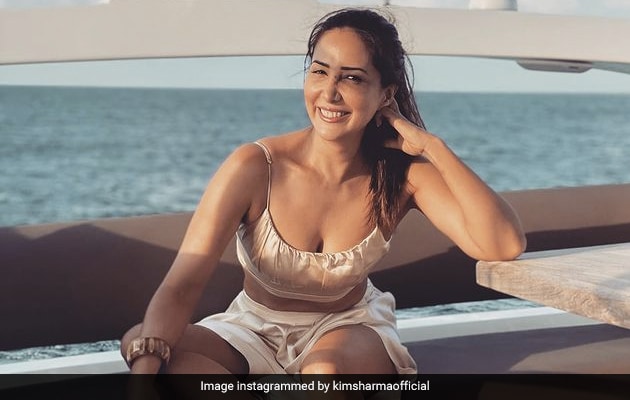 Kim Sharma is pretty excited for her birthday. So much so that her pre-birthday jitters spilled onto Instagram. Kim Sharma is all set to blow out 41 candles on her birthday on January 21, just ahead of which, she described her present mood with a bunch of her photos, in which she can be seen smiling ear-to-ear. "Excited and waiting for you... pre birthday feels," she captioned her photos. Kim Sharma, dressed in trendy loungewear, appears to be posing on a yacht - she looks chic in a satin crop top paired with a slit skirt. Kim Sharma's photos are actually from her vacation album of Maldives memories - she was in the holiday destination at the end of this year.

Ahead of birthday, Kim Sharma is in the mood for some wanderlust. Her smile says it all.

Over the weekend, Kim Sharma summed up her Sunday mood with a colourful selfie:

Here's how she was ready to Saturday in style, checking in from the Maldives.

Salman Khan Returns This Eid: Radhe Will Release In Theatres