Well, Kim Kardashian has gone into the details in the caption of a throwback photo that features her along with sister Kourtney Kardashian from their college years 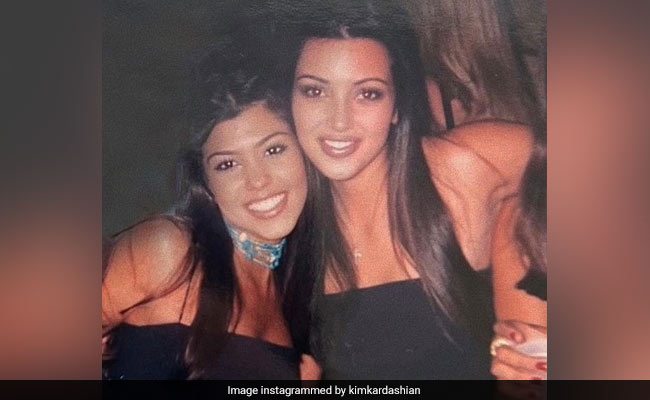 Given her glamorous looks and lifestyle, you might assume that Kim Kardashian is a “wild party girl.” However, the reality TV star says this could not be farther from the truth. Kim has credited the University of Arizona for being the force behind her aversion to wild, outrageous parties. In an Instagram post, the Keeping Up With The Kardashians star said that the university “single-handedly” managed to keep her away from unruly parties. She never went to the University of Arizona, so how did they manage it? Well, Kim Kardashian has gone into the details in the caption of a throwback photo that features her along with sister Kourtney Kardashian from their college years. In the caption, Kim Kardashian wrote, “College years baby. The University of Arizona single-handedly stopped me from turning into a wild party girl. I remember visiting Kourtney on campus and being her designated driver. I hated all of the wild parties so much that I stayed home and never wanted to drink or party ever… so thank you University of Arizona. I was never a student there but you shaped my life more than you know.” She added a laughing emoji at the end of the post, summing up the mood.

This isn't the first throwback photo where Kim Kardashian and Kourtney Kardashian are seen together. Another snap shows the two of them as children. While both look super cute, it is almost impossible to say who is who, given how similar the sisters look. The siblings are seen dressed in frocks and Groucho glasses or nose glasses. Kim Kardashian wrote in her caption, "Baby Kim and Baby Kourtney in disguise." Khloe Kardashian commented, "OMG the cutest."

It is a well-known fact that Kim Kardashian is extremely close to her sisters. All five of them - Kim Kardashian, Khloe Kardashian, Kourtney Kardashian, Kendall Jenner and Kylie Jenner - are seen often together in photos and videos on her Instagram page. In one such photo, they are seen lounging together in some of their best outfits and seem to be in a mood for some fun together. Kim Kardashian's love was evident in the caption which said, "4 EVA EVA."

Kim Kardashian was also seen with Kylie Jenner in an array of photos that she posted on Kylie's birthday earlier this month. The sisters are seen sporting glamorous outfits, enjoying some time under the sun and posing for steamy selfies. Kim Kardashian wished Kylie with much love and wrote, "You really have a heart of gold and a soul of platinum."

Kim Kardashian's photos with her sisters often send their fans into a tizzy. And after one look at them, we know exactly why the world is in love with these divas.