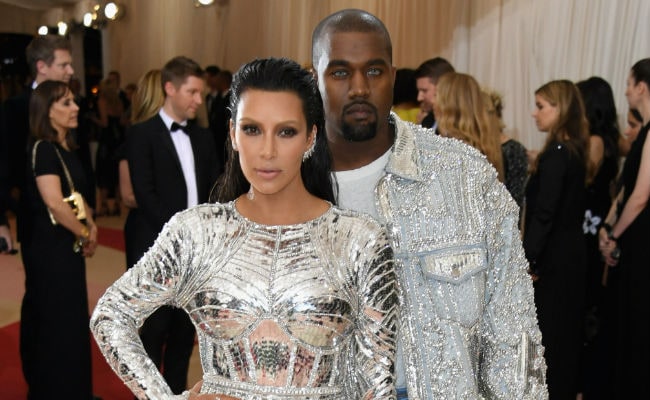 New Delhi: Reality television star Kim Kardashian and her husband Kanye West welcomed their third child, a baby girl in the wee hours of Monday. "She's here," tweeted Kim along with a link to her website where she had posted her official statement. "Kanye and I are happy to announce the arrival of our healthy, beautiful baby girl," Kim said in the statement. Kim and Kanye's third baby was born via surrogacy because the Keeping up With The Kardashians star suffered from placenta accreta during her second pregnancy, which would make the third pregnancy too risky. Kim thanked the surrogate mother in her note and said: "We are incredibly grateful to our surrogate who made our dreams come true with the greatest gift one could give and to our wonderful doctors and nurses for their special care."

Kim Kardashian married Kanye West in May 2014, and they are parents to 4-year-old North and 2-year-old son Saint. "North and Saint are especially thrilled to welcome their baby sister," Kim added in her statement.

Kim Kardashian also revealed their baby girl weighed 7.6 pounds (3.3 kilograms) at the time of her birth. But they have not announced their child's name yet.

Promoted
Listen to the latest songs, only on JioSaavn.com
According to a TMZ report, Kim and Kanye paid $45,000 to the surrogate - who had been asked not to smoke and take drugs as well as take hot baths, dye her hair and eat raw fish during the pregnancy.