Khichdi Teaser: Hansa, Praful And Babuji Are Back To Tickle Your Funny Bone

Creator JD Majethia instagrammed the teaser of Khichdi on Saturday 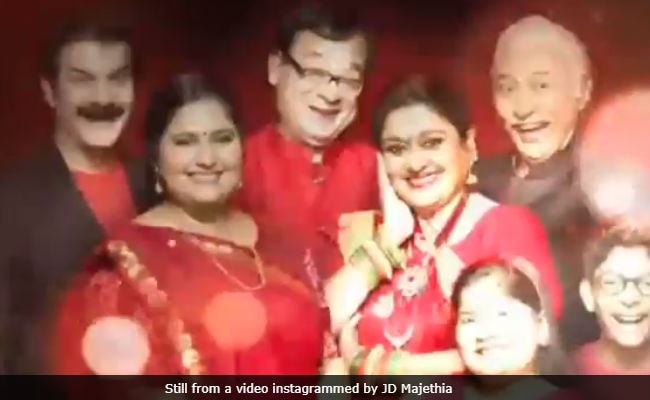 The new season of Khichdi will air from April 14. (Image courtesy: JD Majethia)

New Delhi: The news teaser of Khichdi, shared by creator JD Majethia on Instagram, proved that the Parekh family hasn't changed since we last saw them. The teaser of Khichdi shows that Hansa (played by Supriya Pathak) is still irritating Babuji (Anang Desai) and her husband Praful (Rajeev Mehta) and sister-in-law Jayshree (Vandana Pathak) add to Babuji's woes. JD Majethia also makes an appearance as Himanshu, who dotes on his sister. The teaser announces the release date of the show - April 14 on Hotstar. Like Sarabhai vs Sarabhai season 2 (also by JD Majethia), the third season of Khichdi will be exclusively available on Hotstar.

Watch the teaser of Khichdi:

In December 2017, JD Majethia told news agency IANS that the new season of Khichdi will merge with Sarabhai vs Sarabhai, the second season of which ended on an abrupt note in July after airing only 10 episodes. "Getting both the shows together will certainly leave the audiences asking for more. It will be a treat for the audience to see what happens when the mad-hatters Parekhs meet the upper middle class Maya and her family, The Sarabhais. A laughter riot for sure," he said.

We hope that Khichdi's upcoming promotional material discloses more about the merger of the two shows.

Promoted
Listen to the latest songs, only on JioSaavn.com
The first season of Khichdi aired from 2000 to 2004 and it was a laugh riot, courtesy of Hansa and Praful's lame jokes and conversation and Babuji's exasperated exclamations. The show's second season, titled Instant Khichdi aired in 2005 and it was pulled off air a year later. In 2010, the showrunners released a film Khichdi: The Movie with same characters - only Nimisha Vakharia replaced Vandana Pathak as Jayshree.