Richa said: "That was the end to all my aspirations which I had in the industry. I didn't want to ruin the image which I had built as a child actor" 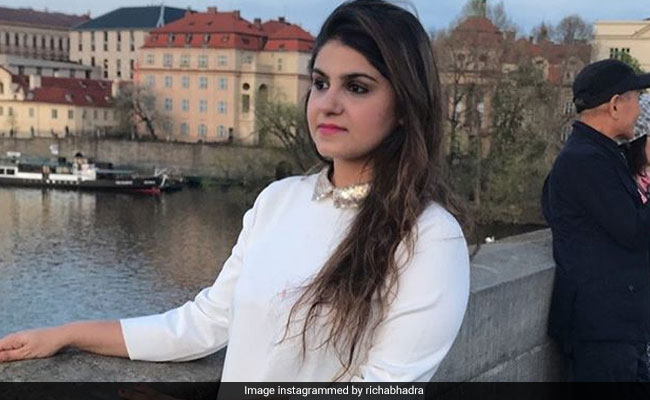 Actress Richa Bhadra, who is best-known for her role in Khichdi as a child artiste, told Times Of India in an interview that her tryst with the casting couch came after her wedding when a producer asked her to 'keep him happy for work.' Speaking to TOI, Richa Bhadra said: "Initially, I never faced casting couch. But after marriage, I was auditioning at a couple of places and I was asked to compromise. I came across a casting director who said, 'Keep me happy and I will give you work'." In Khichdi, Richa Bhadra played the role of Hansa and Praful's onscreen daughter Chakki. "He wanted to meet me at a hotel when I suggested meeting him at a coffee shop. That was the end to all my aspirations which I had in the industry. I didn't want to ruin the image which I had built as a child actor," she added.

Richa Bhadra has also starred in television shows such as Baa Bahoo Aur Baby and Mrs Tendulkar. Richa Bhadra tried to return to television after several years but she was not comfortable with bold roles. "I didn't want to go against my family and or my will to take up such roles just for fame. As a child actor, I have always been protected by the Gujarati production house. I have always been very guarded by my family. So, I didn't want to cross the boundary. Hence, I avoided taking up any new projects," she said.

Speaking about body-shaming in the entertainment industry, Richa Bhadra said: "I have seen celebrities talking about body-shaming and slut-shaming. And I have constantly been told, 'Oh you are too chubby!' This is how I am, this is my body structure. Often I have been offered roles of a 'fat girl' as per the script's demand. I don't want that tag. I have been told to lose weight if I want to act. I don't want to lose weight only to be a part of the industry."

After quitting television, Richa Bhadra worked as a consultant in an educational firm, where she met her husband Vivek. They dated for a few months before getting married.