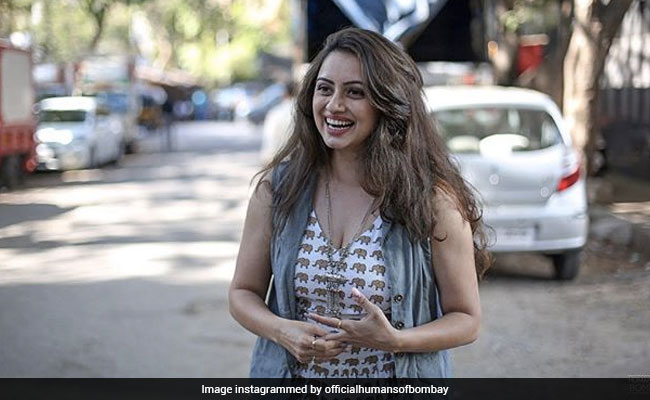 Actress Shruti Marathe, in a post for Humans of Bombay, talked about her brush with casting couch while she was auditioning for a lead role in a film. Shruti, who has featured in Marathi films like Taptapadi and Rama Madhav, wrote that the interview with the producer (whom she did not name) started on a professional note but soon he started using the words, "compromise" and "one night". Shruti Marathe said: "I knew that I couldn't let this slip so I gave it back to him, I asked him, 'So if you want me to sleep with you, who are you making the hero sleep with?' He was stunned. Right after the meeting, I informed the others of his behaviour and they asked him to leave the project."

"All it took was one minute of being fearless - that day, I didn't just stand up for me... I stood up for every woman out there who has been objectified and judged for simply being who she is; for simply being ambitious," she added.

In the write-up, Shruti also busted the "misconception" that actors "lead a life full of comfort." She talked about the time when the Internet dug up pictures of her in a bikini from an old south film after she gained popularity through a television show. Shruti said that at the time of filming the bikini scene she "agreed without thinking twice" because "getting an opportunity to be in a movie was all that mattered." She said: "I was heavily trolled for the way I looked and how it was shot. Do you know how much damage that does to your self-esteem? I had to brush that aside and continue working as if it didn't bother me."

"I've been in this industry since I was 16 years old. Over the years I've been celebrated in the limelight & shamed behind the camera. People have a misconception that actors lead a comfortable life & always feel good about themselves-that's not true. Whether we like it or not, whether we feel right or not, we have to be the best versions of ourselves. There are no 'bad days'. I remember, early on in my career, for a south film, I was asked to wear a bikini-I agreed without thinking twice. Questions like, 'How are you going to shoot it?' or 'Is it required?' didn't even cross my mind. I was getting an opportunity to be in a film & that's all that mattered! Years later when I gained popularity in a Marathi show, people looked me up & stumbled upon the bikini scene. I was trolled for the way I looked & how it was shot. Do you know how much that damages your self-esteem? I put myself out there without any barriers-but I wasn't accepted; I was objectified. I still continued working as if it didn't bother me. But I had a dream. I'd worked so hard & was finally moving forward, I wasn't going to let it go-just because someone else had a problem, they weren't in my shoes & would never know what it felt like. Slowly, I made myself tougher. Once I met a producer who'd offered me a lead role. At first he was professional, but soon he began using the words, 'compromise' & 'one night'. I couldn't let this slip so I asked him, 'If you want me to sleep with you, who are you making the hero sleep with?' He was stunned. I immediately informed others of his behaviour & they asked him to leave the project. All it took was one minute of being fearless-that day, I didn't just stand up for me... I stood up for every woman who's been objectified & judged for simply being who she is; for simply being ambitious. Why should the archaic rules of society & today's so-called modern world stop me? My clothes don't define me-my talent does, my hard work does, my success does & I think it's high time, people realise that." ----- HoB with #FlipOnErosNow brings to you stories of people who have dealt with uncertainties and insecurities that life throws your way and have emerged triumphant

Shruti Marathe's empowering post is currently winning the Internet. The comments section of the Instagram post is flooded with praises for Shruti. "Applauds and more power to her," wrote an Instagram user while another added: "So proud."

Shruti Marathe made her Bollywood debut with Budhia Singh - Born to Run and she has starred in television shows like Radha Hi Bawari and Lagnabambaal.