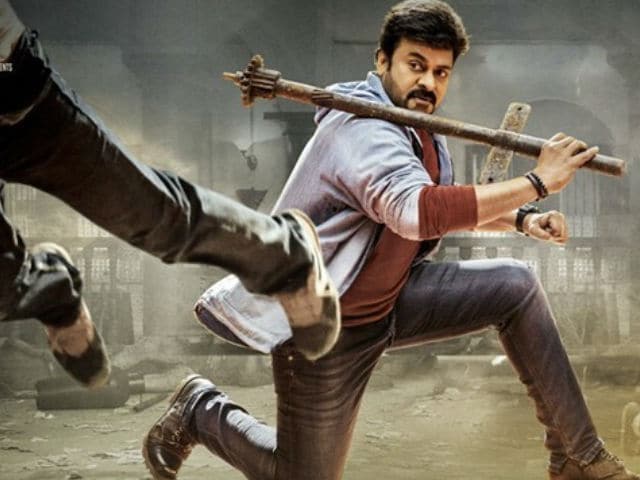 New Delhi: Chiranjeevi's 150th film is giving stiff competition to Telugu filmsShatamanam Bhavati and Gautami Putra Satakarni, both of which released a few days after Khaidi No 150. The V V Vinayak-directed film made Rs 16 crore in USA in just 12 days, reports trade analyst Taran Adarsh. In almost the same time Shatamanam Bhavati made Rs 4 crore while Gautami Putra Satakarni did a business of 10 crore, according to the trade analyst. Gautami Putra Satakarni, directed by Krish, is a period film based on the emperor of the Satavahana Empire. The film features Nandamuri Balakrishna in the titular role while Hema Malini as Gautami Balashri. Shriya Saran plays the female lead in the period piece.

Promoted
Listen to the latest songs, only on JioSaavn.com
In contrast to Gautami Putra Satakarni, Chiranjeevi's Khaidi No 150 is an action drama film, which is a remake of A R Murugadoss' Kaththi with Vijay in the lead role. The film marks Chiranjeevi's comeback to the big screen after 10 years, not counting his cameos in his son Ram Charan Teja's films Magadheera and Bruce Lee - The Fighter. Ram Charan has produced his father's 150th film. Of his comeback, Chiranjeevi earlier told IANS: "I don't think I'm nervous but curious to know how I would look onscreen after so many years and how I will be received by my fans."

Meanwhile, Shatamanam Bhavati is a family drama film directed by Satish Vegesna and stars Sharwanand and Anupama Parameswaran in lead roles. The film is based on a grandson's (Sharwanand) relation with his grandfather (Prakash Raj).