KGF: Chapter 2 - On Sanjay Dutt's Birthday, A New Look Of Him As Adheera

Along with the new poster of the film, Sanjay Dutt shared an update about the release date of KGF: Chapter 2 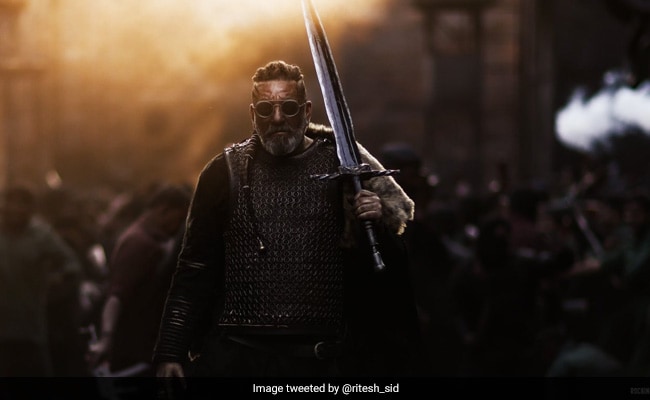 Happy birthday, Sanjay Dutt. The actor turned 62 on Thursday and on his special day, he shared his new look poster from his upcoming movie KGF: Chapter 2, headlined by south star Yash. Sanjay Dutt stars as an antagonist named Adheera in the much-awaited film. On his birthday, the actor shared a new look as Adheera. He can be seen wearing heavy armor and holding a sword in a war zone. Sharing the new poster, Sanjay Dutt wrote that working in KGF: Chapter 2 has been "amazing" for him and also shared an update about the release date of the film.

"Thank you so much everyone for all the warm birthday wishes. Working on #KGFChapter2 has been amazing," wrote the actor and added: "I know you all have been waiting for the film's release for a long time and I assure you that it'll be worth the wait! #Adheera."

KGF: Chapter 2 is the sequel to Yash's 2018 film KGF: Chapter 1. In the upcoming film, Yash reprises his role as Rocky, who is adamant about fulfilling the promise he made to his dying mother, that he won't die poor. In KGF: Chapter 2, Sanjay Dutt stars as Adheera, Rocky's nemesis while Raveena Tandon is playing the role of Ramika Sen, a powerful political leader.

Sanjay Dutt's first look from the film was unveiled on his birthday last year.

Meanwhile, also check out the teaser of KGF: Chapter 2: