In the sequel to Yash's 2018 film KGF: Chapter 1, the actor reprises his role as Rocky 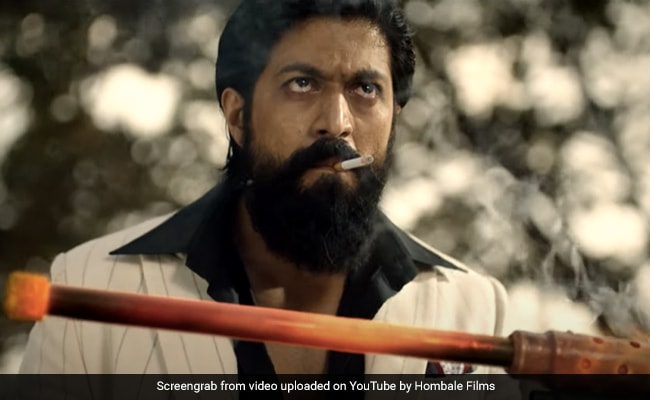 The wait is over, guys! On Yash's birthday eve, the makers of much-awaited KGF: Chapter 2 unveiled the teaser of the film and oh boy - magnificent would be an understatement. The teaser was scheduled to release on the south star's birthday on Friday but the makers dropped it on the Internet on Thursday night. The over 2-minute-long video shows glimpses of Raveena Tandon and Sanjay Dutt's respective characters in the first half - Yash took over the second half of the teaser (but are you surprised? We aren't). In the sequel to Yash's 2018 film KGF: Chapter 1, the actor reprises his role as Rocky, who is adamant about fulfilling the promise he made to his dying mother, that he won't die poor.

Sanjay Dutt stars as Adheera, Rocky's nemesis while Raveena Tandon is playing the role of Ramika Sen, a powerful political leader. At the end of the teaser, Rocky can be seen single-handedly taking down his enemies with the help of a machine gun.

A voiceover in the teaser can be heard saying: "History tells us that powerful people come from powerful places. History was wrong. Powerful people make places powerful."

Sanjay Dutt unveiled the teaser of KGF: Chapter 2 with a thank you note for his fans. He wrote: "The love that you all have shown for #Adheera till now has been overwhelming. Sharing KGF: Chapter 2 teaser."

Going by the teaser, it is safe to say that we will witness much more jaw-dropping sequences in the second part, compared to KGF: Chapter 1.

The teaser of KGF: Chapter 2 was released before the scheduled time following a leak. On Thursday evening, the film's executive producer Karthik Gowda tweeted: "You may hack, you may leak, you may reach the target early but the honest men win the big game always. #RockyBhai wins always. #KGFChapter2 teaser premiered today at 9:29 pm."

U may hack, u may leak
U may reach the target early but the honest men wins the big game always.#RockyBhai wins always#KGFChapter2 teaser premiered today at 929pm