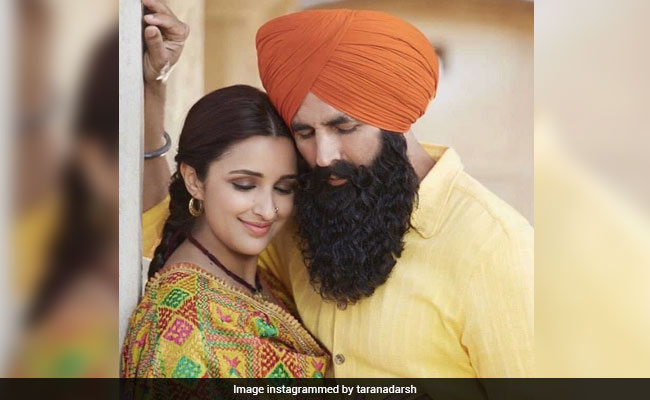 Parineeti Chopra and Akshay Kumar in a still from Kesari. (Image courtesy: taranadarsh)

It wouldn't be wrong to say that Kesari is ruling the box office as it is the highest opening film of this year, followed by Ranveer Singh's musical Gully Boy and Ajay Devgn-led comedy film Total Dhamaal. Kesari collected an impressive Rs 21.50 crore in the day of its release.

Earlier this week, Taran Adarsh described Kesari's performance at the box office as "slow but steady." In his tweet, Taran Adarsh also stated that the film might be able to earn Rs 150 crore, depending on its performance in week 3.

Kesari is a historical drama, based on the 1897 Battle of Saragarhi. The film has been directed by Anurag Singh and it has been produced by Karan Johar's Dharma Productions along with Cape Of Good Films.