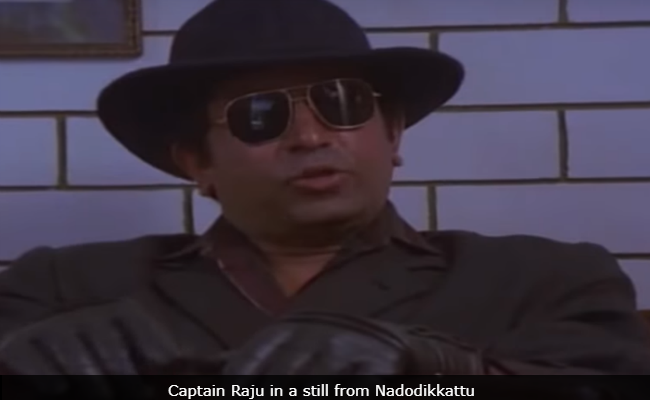 Captain Raju in a still from Nadodikkattu. (Image courtesy: YouTube)

While travelling from here to the US in June to attend his son's marriage, the actor suffered stroke and was shifted to a hospital in Muscat.

After a week's treatment in Muscat, he was airlifted back to Kochi on July 2.

Hailing from Pathanamthitta district, the actor had quit from the Indian Army where he was a Captain and started his acting career in 1981.

He was often cast as a villain and has featured in character roles and in TV serials. He was last seen in the Malayalam film Masterpiece.

The actor has starred in around 500 Malayalam films and has also been a part of numerous projects in Tamil, Telugu, Kannada and Hindi as well.

In addition to acting, he has also directed two films Mr Pavanayi 99.99 and Itha Oru Snehagatha.