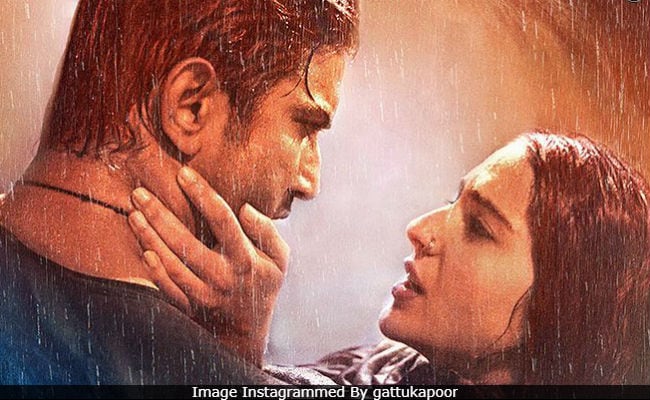 Finally, Sara Ali Khan's much-awaited debut film Kedarnath hits the screens this Friday. Kedarnath stars Sushant Singh opposite Sara and is directed by Abhishek Kapoor. Interestingly, Abhishek Kapoor had also launched Sushant in Bollywood with the 2013 film Kai Po Che!. Kedarnath is an unusual love story set against the backdrop of 2013 Kedarnath floods. The film's plot is based on the story of a Hindu pilgrim Mukku (Sara), who falls in love with a porter named Mansoor (Sushant), during her trip to Kedarnath shrine. Mukku's family do not accept their relationship, but she's ready to fight for her love. However, Mansoor is quite aware of the difficulties that lie ahead. Will Mukku and Mansoor's love story win against all odds? We'll have to wait to see it till the film releases. Until then, watch the trailer of Kedarnath here.

The primary parts of the film have been shot between the 14-km pilgrimage from Gauri Kund to Kedarnath. "Set against the backdrop of nature's fury, Kedarnath is not an everyday love story. Shooting on virgin and undeveloped terrain was as thrilling as it was draining," co-producer Pragya Yadav (wife of Abhishek Kapoor) earlier told news agency IANS.

The release date of Kedarnath was rescheduled multiple times due to the delay in the completion of the project over differences between Abhishek Kapoor and former producer Prerna Aroraa. Later, Ronnie Screwvala took over the producer's chair. Kedarnath is now jointly produced by Abhishek Kapoor's Guy In The Sky Pictures and Ronnie Screwvala's company RSVP.

A screening of Kedarnath was held on Wednesday evening, which was attended by stars like Janhvi Kapoor, Ishaan Khatter, Kartik Aaryan, Ananya Panday and several others.

After Kedarnath, Sara Ali Khan will be seen in Simmba, which releases on December 28.