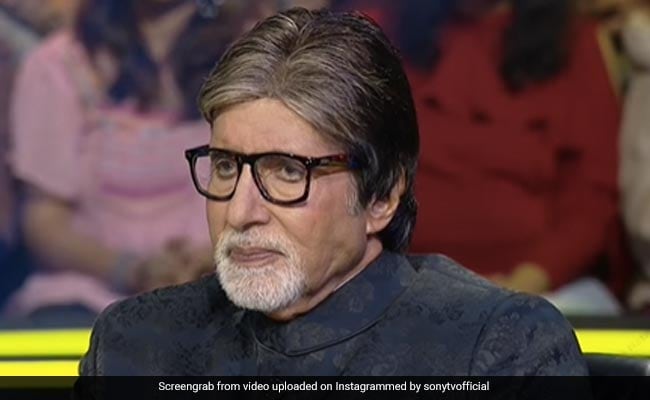 Kaun Banega Crorepati is nothing short of a tradition on television that has been taking place since 2000. Not many would disagree that the show's name has become synonyms with the legendary actor Amitabh Bachchan. With each new season, the 79-year-old actor brings more fun, more heartwarming stories and a whole lot of trivia. Big B, on Monday, kick-started the 14th season of the quiz show with much zeal and zest and a touching monologue for the country, celebrating India's 75 years of Independence. What made the first episode extra special was the guest list, which included prominent names such as Colonel Mitali Madhumita, Major DP Singh, ace boxer MC Mary Kom and footballer Sunil Chhetri. Actor Aamir Khan, who has been actively promoting his upcoming movie Laal Singh Chaddha on various shows, also joined the guests for the Azadi Ke Garv Ka Mahaparv episode.

Aamir Khan sat on the hot seat with “Protectors of India” - Major DP Singh, who is a Kargil War veteran, and Col Mitali Madhumita, the first woman officer in the Indian Army to be honoured with a Sena Medal - and shared many anecdotes on the debut episode of the show. Aamir also channelled his inner “perfectionist,” as he is being called by fellow actors. The trio together won Rs 50 lakh and donated the prize money to Army Central Welfare.

On the show, Aamir Khan revealed that he has not yet watched SS Rajamouli's magnum opus RRR. Aamir was asked a question about RRR and he answered it correctly, explaining that even though he hasn't watched the film, he knows about it a lot as he had discussed the plot and the idea behind RRR with Rajamouli before.

The Fanaa actor also revealed that he had joined Twitter because of Amitabh Bachchan. Aamir was shooting for Dhoom 3 with Big B's son, actor Abhishek Bachchan in London when Sr Bachchan paid the crew a visit. Amid all the conversation, Big B asked Aamir why he was not on Twitter and Aamir couldn't refuse the senior actor, so he later made an account on the social media platform. ICYDK, Aamir quit social media last year and now conveys updates about his projects through the official Instagram and Twitter pages of his production house.

The first season of Kaun Banega Crorepati premiered way back in July, 2000 and saw Big B as the host. The actor has, since then, served as the host of the show in almost all of the seasons, except season 3, which was hosted by Shah Rukh Khan.

This season, the makers of the show have raised the upper cap of prize money from Rs 7 crore to Rs 7.5 crore and made an addition of Rs 75 lakh prize money between the Rs 50 and Rs 1 crore levels.