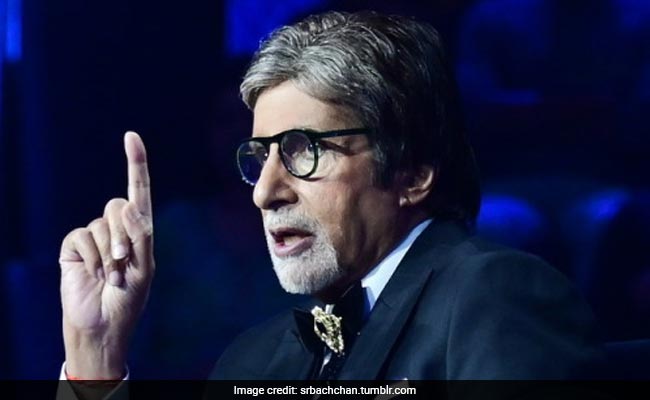 Amitabh Bachchan started the 16th episode of the popular quiz show Kaun Banega Crorepati 13 with new sets of contestants on Monday. The first contestant to make it to the hot seat was Sanchali Chakraborty, a doctor from Kolkata. She is a pediatrician at a government hospital in Kolkata. She has completed her MBBS and a 3-year residency program in Paediatrics. On the show, Sanchali shared that it is her job to ensure a child's physical, behavioral and mental development. During the quiz, Big B asked Sanchali questions from various fields, including entertainment and mythology. One of the questions he asked was related to his 1969 film Saat Hindustani. The question was - "who was the producer, director and story writer of the 1969 film Saat Hindustani?" and the correct answer was Khwaja Ahmad Abbas.

The next contestant who won the Fastest Fingers First round was Deepti Tupe. She is a travel consultant in Pune, Maharashtra. She has been working in the tourism sector for more than 15 years. Deepti told Amitabh Bachchan that she would use the prize money to secure the future of her children.

#In which year was a Nobel Prize first awarded to a woman?

#According to Hindu mythology, what is the name of the brother of Aruna, Suryadeva's charioteer?

#Which world leader was posthumously awarded the Gandhi Peace Prize 2020?

#Deccan and Tibetan are the names of which type of landform?

#Which fruit is primarily used in making the tasty drink of 'Sol Kadhi'?

#He was an illustrious Governor of the Reserve Bank of India between 1992 and 1997. Apart from this, he has served in many public services. In 2002, he was awarded Padma Vibhushan. Who is he?