Deepika revised her words and said both Om Shanti Om and Piku are her favourite movies. 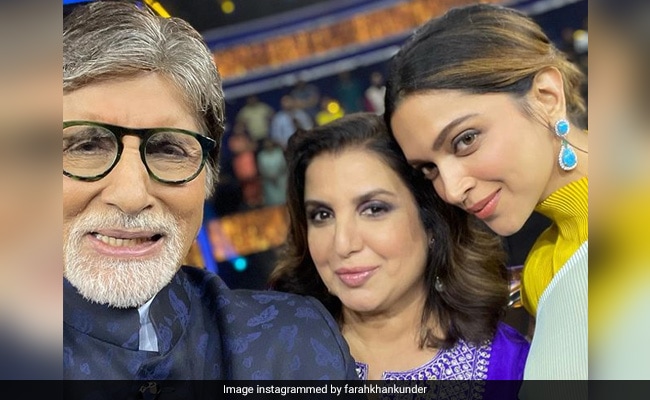 Deepika Padukone just revealed which one her favourite film is and if there's one person who is not too impressed, it would be filmmaker Farah Khan. Deepika Padukone made her Bollywood debut with Farah Khan's movie Om Shanti Om, co-starring Shah Rukh Khan. On Kaun Banega Crorepati 13, Deepika Padukone ended up saying Piku will always remain her most favourite. In Piku, Deepika co-starred with KBC host Amitabh Bachchan - they played daughter-father on screen. Farah Khan had an ROFL reaction to Deepika's statement, following which, Deepika revised her words and said both Om Shanti Om and Piku are her favourite movies.

On the show, Deepika told the audience: "Whatever I am today, the little that I've achieved, all that I've learnt about acting and the craft is because of Farah ma'am." About Amitabh Bachchan, Deepika added: "Amit Ji, who is my on-screen baba, everyone knows that we did a film together named Piku and even today, when people ask me what's my favourite film, I always say Piku". Farah Khan's immediate reaction was: "I'm walking out right now. She's praising me and she's telling Piku is her favourite film."

Deepika Padukone will reunite with her Piku co-star Amitabh Bachchan in the Hindi remake of Hollywood hit The Intern. Rishi Kapoor was to feature in the role originally played by Robert De Niro. After Rishi Kapoor's death last year, Big B will play the part while Deepika will step into Anne Hathaway's shoes for the role.