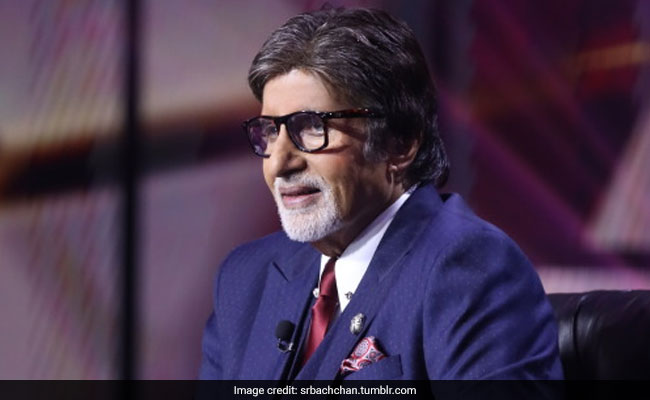 New week, new batch of contestants on the sets of quiz show Kaun Banega Crorepati 12. Host Amitabh Bachchan kick-started new week with Aishwary Dubey, a 26-year-old man from Delhi who works as a Team Leader for a sales team in a private company. Just when Big B welcomed Aishwary Dubey on the hot seat, he cracked a joke that the contestant's name will remind him of his daughter-in-law, actress Aishwarya Rai Bachchan, during the show. The duo had a light discussion about famous cuisines from Uttar Pradesh. Talking about why men propose to girls on one knee, Big B said he never understands the gesture and later hilariously added that men get down on one knee after marriage.

Aishwary Dubey took home the prize money of Rs 1,60,000. The second contestant to make it to the hot seat was Jugal Bhatt from Gujarat. Jugal aspires to become a rapper.

Meanwhile, here's a sample of the questions you can expect on the hot seat if you are planning to participate in Kaun Banega Crorepati:

#What is the name given to the Indian government's Digital India initiative to offer electronic delivery of services to the common man at an affordable cost?

#What type of rock is granite?

#Which sub species of the tiger is the most numerous and accounts for about half of the tiger population in the world?