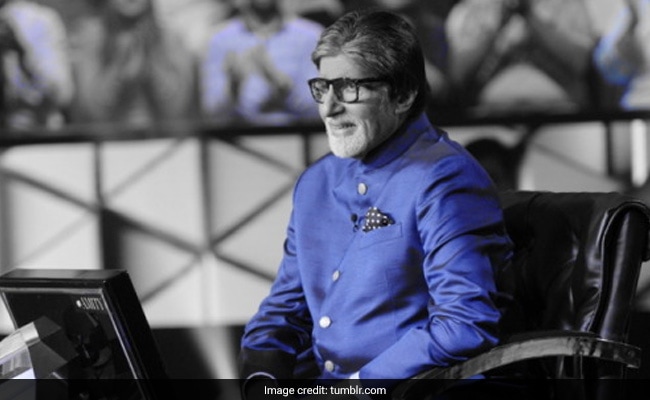 Amitabh Bachchan welcomed three contestants on Wednesday's episode of Kaun Banega Crorepati 11, with the third one being a blogger named Payal. Big B, who appeared rather intrigued about blogging as a profession, asked Payal the details of how to maintain social media followers. Meanwhile, Big B also revealed the reason behind him starting a blog on Tumblr. Amitabh Bachchan said that owing to his megastar status, several fake websites bearing his name cropped up over the years when Big B was told to create his very own, official website. When Mr Bachchan learnt that creating a website would take some seven to eight months, he wanted a quicker solution and headed to Tumblr. In his first ever post, he wrote: "My name is Amitabh Bachchan. This is the first time I'm writing."

Big B told Payal and an applauding audience that next morning he received a few responses which prompted him to write more and then there was no stopping him. His Tumblr family continues to grow with each passing day and Big B revealed he has named is followers "EF", which stands for extended family. Mr Bachchan also added that his ardent blog followers participate in his projects, which are dedicated to social causes.

Meanwhile, the first contestant on Wednesday's episode of Kaun Banega Crorepati 11 was a student from Hyderabad Lavanya, who went home with Rs 10,000. The second contestant was Mina, who is a school teacher. She quit the show with a prize money of Rs 1,60,000.

Now, let's take a look at some of the questions from Wednesday's episode of Kaun Banega Crorepati 11:

#1 What do we better know the chemical compound Trimethyl found in tea and coffee as?

#2 Delhi Dashers, Hyderabad Hunters, Bengaluru Raptors and Northeastern Warriors are the names of the franchises of which premier league?

#3 Which of these fractions has the highest mathematical value?

#4 According to the Mahabharata, who was named for the neighing sound of a horse which he produced as a newborn?

#6 In which of these states there's never been a female chief minister?

Amitabh Bachchan will continue to play with Payal on Thursday's episode. Watch this space for more updates on Kaun Banega Crorepati 11.