In a segment of the show, Amitabh Bachchan recounted his struggling days when a contestant asked him when he decided to become an actor. 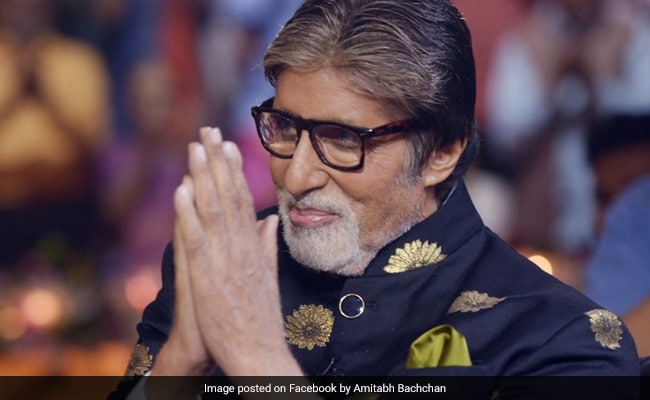 Amitabh Bachchan resumed the game with Akash, a student from Chandigarh, and the 77-year-old actor appeared to be quite impressed with Akash's fine performance and knowledge basis which he rose up to the 13th question, worth Rs 25 lakh. At this point, Akash took the expert's opinion, which did not help him much. He exhausted his final lifeline 50-50 but eventually quit the game taking home Rs 12,50,000. In a segment of the show, Amitabh Bachchan recounted his struggling days when Akash asked him when he decided to become an actor. Amitabh Bachchan told Akash and the studio audience that his Plan B (if he didn't become an actor) was to become a taxi driver. The actor attributed his success to his fans saying he kept working as films came his way.

After Akash, Chandni Modi from Ahmedabad won the Fastest Finger First round to take the hot seat. After explaining the rules of the game, Mr Bachchan started the quiz with Chandni Modi. He also gave Chandni a silver coin and a new phone as a Diwali gift from the showrunners. During her turn, Chandni expressed the desire to sit on Amitabh Bachchan's host seat and he obliged her. After using three lifelines, Chandni won Rs 3,20,000.

Here are some questions asked on tonight's episode of Kaun Banega Crorepati 11:

#1 Who is the first person to be appointed the minister of India's newly constituted ministry Jal Shakti?

#2 Which if these countries' currency is different from the other three?

#3 In 2019, Naruhito became the emperor of which country?

#4 In the Mahabharata, how are Nastya and Dasra better known?