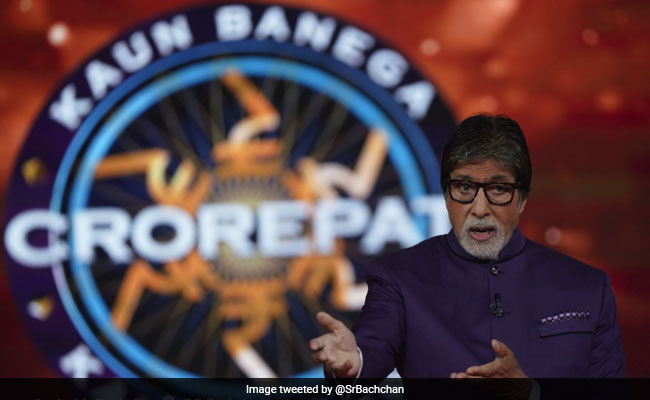 After an interesting debut episode of Kaun Banega Crorepati 10, host Amitabh Bachchan returned with the second contestant of the season, Somesh Kumar Choudhary. Curtains were drawn on the previous episode before the second contestant could start playing the game. Again, after a brief introductory session, Big B kick started the game with Somesh, who hails from Bhagalpur, Bihar. Mr Choudhary played exceptionally well and has grabbed a sum of Rs 25,00, 000 so far. He will continue to play the game on Wednesday. Somesh has faced a total of 13 questions out of 16. However, he has exhausted all his lifeline. Amitabh Bachchan shared an interesting trivia in the beginning of the episode. He shared with the viewers how 18 years ago he started as the host of Kaun Banega Crorepati, which ended up becoming one of the most successful shows on television.

Initially, Somesh Kumar Choudhary looked a little confused with certain questions thrown at him. To answer this question - Which of these creatures is scientifically not classified as a fish?- Mr Choudhary used two lifelines. But gradually he picked pace and fabulously answered 13 questions.

If you're planning to register for Kaun Banega Crorepati, here's the sort of the questions you can expect.

In the abbreviation PNR used while issuing rail or air tickets, what does R stand for?

Which of these creatures is scientifically not classified as fish?

In February 2017, ISRO created a world record by launching how many satellites through a single rocket

Who among the following mythological characters got his name because of his ability to move his chariot in all directions?

Which is the largest joint in the human body?