"I am super excited to be able to tell you that I have joined Kwatha," wrote Isabelle Kaif 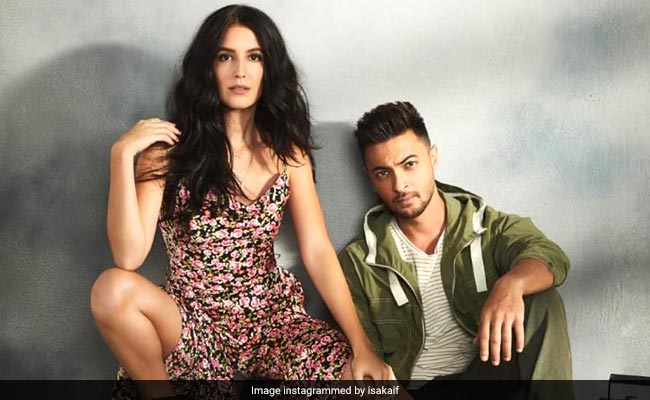 Katrina Kaif's sister Isabelle has been trending incessantly. The reason - The model announced the news of her Bollywood debut in an Instagram post on Saturday. Isabelle will make her Bollywood debut with Karan Lalit Butani's Kwatha. Isabelle will star opposite LoveYatri actor and Salman Khan's brother-in-law Aayush Sharma. Isabelle announced her association with the project and wrote: "I am super excited to be able to tell you that I have joined Kwatha. Thank you Aayush Sharma and Karan Lalit Butani for the amazingly warm welcome."

Meanwhile, Salman Khan also tweeted on Saturday, "Isabelle Kaif and Aayush to star in a film inspired by true events involving the Indian Army in Kwatha," Salman tweeted. Check out his tweet here:

#IsabelleKaif and @aaysharma to star in a film inspired by true events involving the Indian army in #Kwatha@karanlbutanipic.twitter.com/GW2bOlW5Yi

Aayush Sharma will be seen playing the role of an Army officer Kwatha. "The actor even underwent intensive training to get the physique and look right," stated news agency IANS. Details of Isabelle's role are kept under wraps as of now.

Kwatha director Karan Lalit Butani described the film as "unconventional" and added, "We are excited to announce Aayush Sharma and Isabelle Kaif as the leads of Kwatha. Kwatha is a village on the border of India and Myanmar. While it is based on true events, the plot is unconventional," IANS quoted the director as saying.

The film is expected to go on floors in September this year and is slated to release in 2020.